A little act of kindness can go a long way 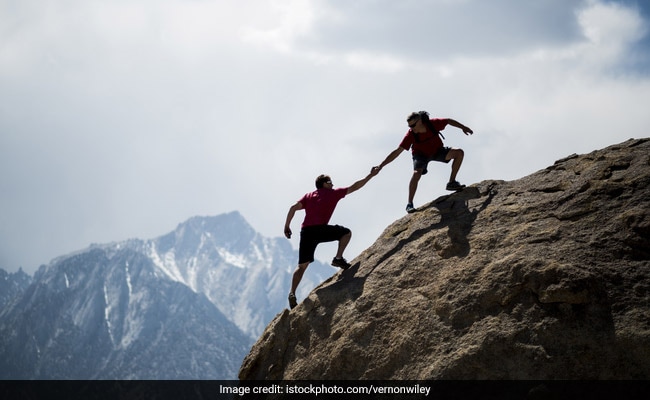 A little act of kindness can go a long way - ask these netizens who got to experience it first-hand. A small question on Twitter led to a flood of heartwarming responses when writer Nicole Cliffe asked people to share the kindest thing a stranger had done or said to them. Her tweet went viral, collecting more than 6,000 replies and over 5,000 retweets. More importantly, it gave us a small glimpse into how complete strangers have helped out others in times of need.

What is the kindest thing a stranger has done or said to you?

Nicole started off by describing her own experience of a time when her baby got airsick and she was helped by a flight attendant.

Mine: one baby of mine used to get airsick and the first time it happened we were just leaving the gate and there was puke all over my pants and the seat cushion so they had to BRING THE PLANE BACK to replace the seat and seatbelt and everyone hated me and...

I was standing, covered in puke, holding my now only diaper-clad baby & trying not to cry while business travelers glared at me, and then a flight attendant took my baby and gave me a pair of yoga pants from her carry-on & wrote her address on a napkin so I could mail them back.

I firmly believe that she will go to heaven no matter what she may do in the rest of her life.

Others soon joined in and began to share stories of the acts of kindness they have experienced. These tweets will definitely make you smile - and some might even make you tear up. Read on:

I fainted on the subway once and a kind, elderly Chinese woman who spoke no English waited with me, held my hand, and fed me grapes while we waited for the EMTs. When they finally came, she patted my hand three times and put my hand on her heart before leaving.

20, living in madrid, took an overnight bus back after a weekend trip to morocco. got food poisoning, hadn't slept, had a breakdown when i got back to madrid & realized my wallet had been stolen. a nice woman gave me €30 and a hug and put me in a cab back to my homestay

Years ago, I had to go into the city on one of those days where the kids were crying and clingy. As l was paying for parking, l realised that I had no money and the credit card wasn't working. Just as I was dreading loading everyone back in the car, a lady came and paid for me https://t.co/s3Bmm4p5IJ

When I was 8 mos pregnant I slipped on some ice & fell, knocked out cold. When I came to, there was a crowd of strangers around me, all without coats (this was in Saskatchewan, Canada in December). Their coats, I realized, were all on top of me, except the one under my head.

I said, "Oh, no, it's not mine," and tried to hand it back. The man looked me squarely in the eyes and said, "YES IT IS," and walked away.

At 15, I was flying alone for the 1st time. We boarded late, I missed my connection and didn't know what to do. My seatmate was a businessman from OK and asked if I was alright. Hearing my predicament, he called his secretary & she changed my flight. I think about it often.

They even shared stories of kind animals!

I was in the middle of a silent panic attack while waiting on a flight. Another passenger's assistance dog evidently still noticed my condition and pulled its person to come by me. That dog put its head on my lap for 20 minutes until I felt better. https://t.co/oDQM07NOM0

Which story did you like best? Do let us know using the comments section below.