Rehmat Gashkori, a retired government employee from Pakistan, remarkably resembles Rajinikanth, and pictures of him are going viral on the internet. 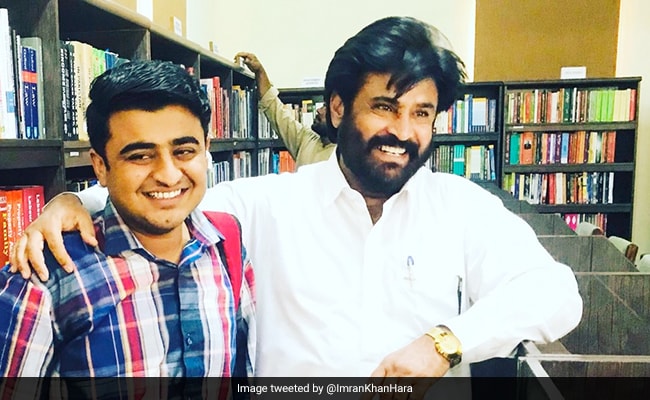 Celebrity lookalikes are our favourite thing on the internet. Spotting someone who looks like our favourite star is fascinating, to say the least. This time, the online world is currently obsessing over Rehmat Gashkori, a Pakistani man who has been touted as Indian superstar Rajinikanth's doppelganger. Mr Gashkori, a retired government employee from Pakistan, remarkably resembles our very own Thalaivar, and pictures of him are going viral on the internet.

Mr Gashkori realised he resembles the popular Indian film star when his colleagues started saying he looked like Rajinikanth, Pakistan-based Arab Newsreported. Many commented how his body language, hairdo, stride was similar to that of Thalaivar. He checked the internet to find if his colleagues' claim had any merit. At first, he wasn't too excited with his new-found fame, but slowly started to enjoy the attention that came his way.

I'm blessed with Positive people Rehmat Gishkori Sahb is like my elder brother 🥰
What an amazing personality 😊 pic.twitter.com/VWltwiOSjD

Meet the Rajni Kant of Sibi🌷😂

Thank you Rehmat Ullah Gishkori Sahab for the special Achaar of Sibi. 🌟 pic.twitter.com/z8KhW7bpke

"During my service with the deputy commissioner's office in Sibi, I didn't care too much about the comments about my resemblance with Rajinikanth," he told Arab News in an interview. "After I retired, I started using social media where many people started calling me by that name. I accepted it since I realised that God had blessed me with the looks of a great actor and human being," he added.

After that, he began mimicking Rajini and and slowly started adopting the unique mannerisms of the Indian superstar including his iconic cigarette-lighting manner. Talking to the outlet, Mr Gashkori recalled an incident when he had gone to Karachi for a medical checkup and got swarmed with people who wanted to take selfies with him. Many asked him if really was Rajinikanth and he cheekily replied, "Yes, but I am from Pakistan.''

His social media pictures are also a hit on the internet, with people from neighbouring countries calling him ''Rajnikanth'', and actively sharing and commenting on his images.