Street Kids Dance Their Way To Fame With Viral Hit. Rihanna Is A Fan 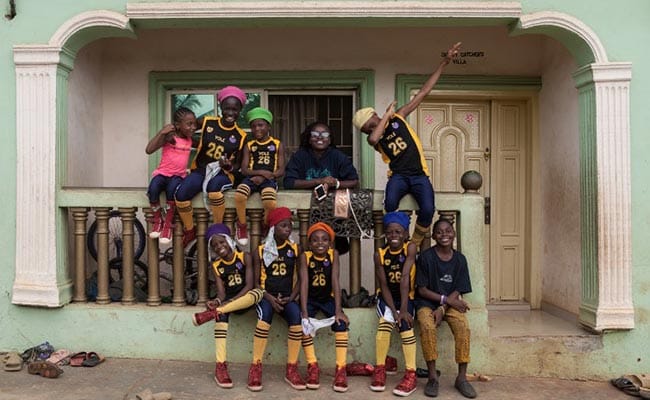 Lagos, Nigeria: A group of Nigerian street children have been transformed into celebrities thanks to a viral dance video that attracted the attention of singer Rihanna and supermodel Naomi Campbell.

The "Dream Catchers" were seen in a video earlier this year dancing like double-jointed puppets in front of a battered red bus on wasteground.

Not long ago, the six boys and six girls aged six to 16 had no idea about choreography.

Now they're dancing in the video of Nigerian singer Amada's hommage to the country's Super Eagles, who are playing in the World Cup football finals in Russia.

"What we've done this year is huge. We have gone very, very far," said Seyi Oluyole, 26, the group's dance teacher and tutor.

In early March, she posted the latest video of her smiling prodigies on the Dream Catchers' Instagram page, wiggling along to an Afrobeat tune from popstar Wizkid. 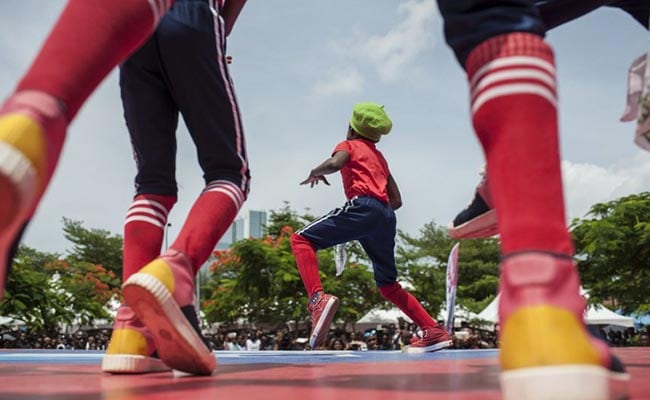 The internet lit up when Rihanna, then US producer P. Diddy, shared the clip on their own accounts and it was seen more than 2.8 million times.

Several weeks later, Naomi Campbell, in Lagos for the annual fashion week in April, visited the young dancers in Ikorodu, a poor suburb on the outskirts of the megacity.

In a public relations triumph, the children jumped into her arms before a horde of cameras.

The Dream Catchers have been hot property ever since, whether it's to collaborate with other performers or to receive prizes. 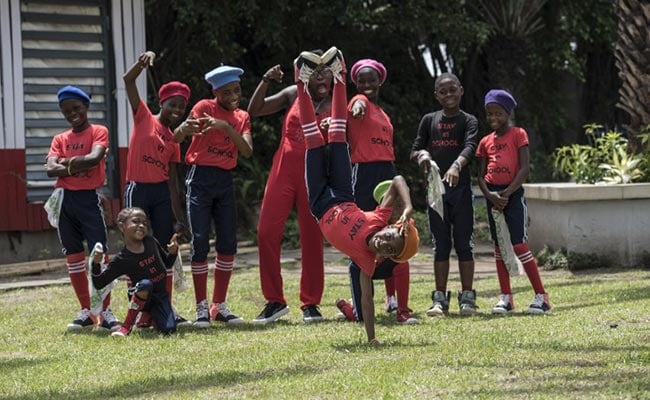 The Dream Catchers dance group is a collective of underprivileged children from Ikorodu - a suburb in Lagos, Nigeria (AFP)

The governor of Lagos, Akinwunmi Ambode, invited some of them on stage for world children's day on May 27.

Oluyole founded the dance troupe four years ago to help street children in Lagos dream of a better future and to find their way back into school.

At the time, she was leading a group of dancers from her church and every Sunday noticed there were large numbers of poor kids from the area keen to take their mind off hunger and boredom.

"They used to come to church in numbers, they always wanted to come and dance," she said.

"After a while, I realised that most of them were not in school. They didn't even speak good English."

According to the UN children's agency Unicef, Nigeria has 10.5 million out-of-school children -- the highest in the world.

Oluyole herself was 12 when her father lost his job at a bank and the entire family found itself living on the street for two years.

"At least I was lucky enough to keep going in school because it was something important for my parents. But I've seen the devastating effect of poverty," she added. 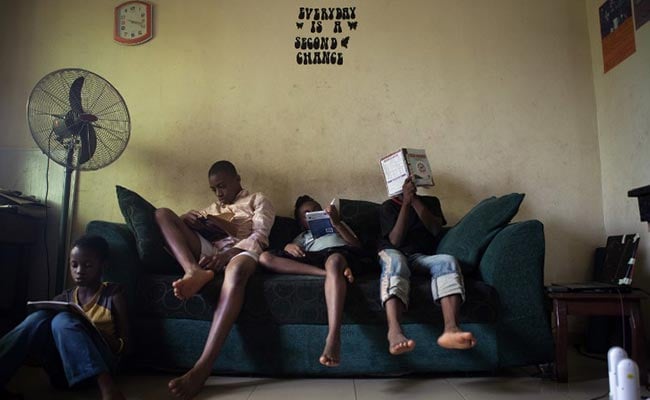 Four members of the Dream Catchers dance group read in their home in Ikorudu, a poor suburb on the outskirts of Lagos (AFP)

She now houses a dozen children in happy chaos in her three-room flat.

On the walls are pictures of icons who came from modest backgrounds such as Nelson Mandela, Oprah Winfrey or Serena Williams.

A motto in capital letters reads: "EVERY DAY IS A SECOND CHANCE."

Oluyole persuaded parents to let them take charge of their children. She pays their school fees -- about 100,000 naira ($280, 240 euros) -- with what she earns writing television screenplays, supplemented by help from sponsors.

The dance troupe practises in the evening but if they don't do well at school the children are not allowed to dance for a few days, which they say is "the worst punishment".

Busola, 13, has large almond-shaped eyes and a tomboy's haircut.

Nicknamed "T-boy", she has spent most of her life begging for "money and food" in Lagos traffic jams with her little brother.

Now she says she wants to be a "dancer, actress or hairdresser".

"I used to speak only Yoruba. Other children were laughing at me," added Dami, 10, who squatted with his mother in an abandoned house for several years.

"Now I go to school, I can read and write. My entire life has changed." Three members of the Dream Catchers dance group get dressed in their home in Ikorudu, a poor suburb on the outskirts of Lagos (AFP)

Oluyole said the troupe has not made any real money despite their new-found fame, other than donations of food or clothing.

"Everyone invites us to perform but most people just want to exploit the kids for their product, to get famous... they don't pay us any money, or very little," she said.

Promoted
Listen to the latest songs, only on JioSaavn.com
Oluyole wants to catch her own dream: To open a "real" dance school in Lagos.