In classic Mumbai Police style, the video is accompanied by a warning for anyone who may think they too can get away by pulling a stunt like this 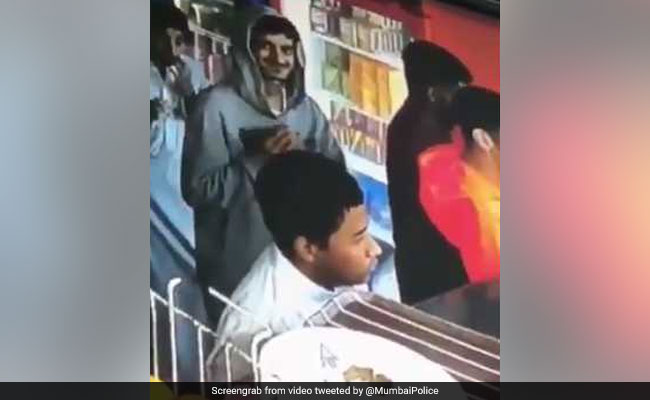 Have you been keeping up with the Mumbai Police Twitter handle? In case you haven't, we've got you covered. In a tweet posted earlier today, Mumbai Police has shared a hilarious video of a pickpocket first stealing and then returning a wallet. Of course, in classic Mumbai Police style, the video is accompanied by a warning for anyone who may think they too can get away by pulling a stunt like this.

The 22-second-long video shows a pickpocket in a grey hoodie stealing a man's wallet at a crowded shop. Right when he puts the wallet in his own pocket, he notices a CCTV camera installed in the shop. With a smile on his face, he acknowledges the camera and promptly returns the wallet, pretending as if it had fallen down. He even ends up shaking hands with the man.

"The video is funny, but the consequences in reality will be quite serious! #EyeOpenersForYou," Mumbai Police say in the tweet.

The video is funny, but the consequences in reality will be quite serious! #EyeOpenersForYoupic.twitter.com/rcQqypvsqF

Since being posted, tweet by Mumbai Police has collected over 2,200 'likes' and more than 700 retweets. Several people have responded to the video, some with GIFs.

Gagging on my morning coffee. Thanks @MumbaiPolice for ur warmhearted humor pic.twitter.com/HYcc8FK6cx

Mumbai Police is among the most Twitter-savvy police departments and often share important messages in quirky and fun ways. Last month, the Twitter handle posted a warning against the Kiki Challenge. The handle posted a video to show the scary repercussions the challenge can lead to and advised against trying it.