46-year-old Sanjeev Shrivastava is an electronics professor from Madhya Pradesh's Vidisha. But you may know him better as the dancing "Uncle-ji" who has taken over the Internet with his Govinda-style dance moves.

Sanjeev Shrivastava shows off his dance moves to journalists in Vidisha as his wife, Anjali, looks on

Vidisha, Madhya Pradesh: Sanjeev Shrivastava, 46, is an electronics professor from Madhya Pradesh. But you may know him better as the dancing "Uncle-ji" who has taken over the Internet. From WhatsApp to Twitter and Facebook, his Govinda-style dance moves have been grabbing eyeballs. His sudden stardom has left him - and his family - overwhelmed.

Two days ago, clips of Mr Shrivastava dancing to "Aap Ke Aa Jane Se" from the 1987 film "Khudgarz" starring Govinda and Neelam started going viral. The video was shot on May 12 during the ladies' sangeet as a part of his brother-in-law's wedding ceremony in Gwalior. And even though he posted a video of his performance on his YouTube channel, two separate clips from it found their way to WhatsApp, and then Twitter and Facebook.

And they simply exploded.

His infectious energy and genuine excitement about performing along with his wife, Anjali, has brought joy to thousands. Madhya Pradesh Chief Minister Shivraj Singh Chouhan even praised him on Twitter, writing in Hindi: "There's something special in MP water."

Mr Shrivastava says his phone has not stopped ringing for the last two days. He's getting so much attention from journalists across the country that a childhood friend has turned manager, handling interview requests and arranging photo ops. "Just now we got a call from Suniel Shetty. I have attended more than 100 calls in just an hour. It's kind of crazy," he tells NDTV.

"It's just unbelievable... There have been nearly 200 people who've come here (to Vidisha, about 58 kms from Bhopal) since yesterday. Some ask for an interview, others beg me for a soundbyte," he says. "I am just overwhelmed."

On his YouTube channel, the comments section is filled overwhelmingly with praise. "India is loving this," comments one person on the video, summing up the typical reaction to the viral video.

There's been so much attention that Mr Shrivastava, who's known more popularly as Dabbu, had to take the day off on Friday to field calls from family, friends and media. 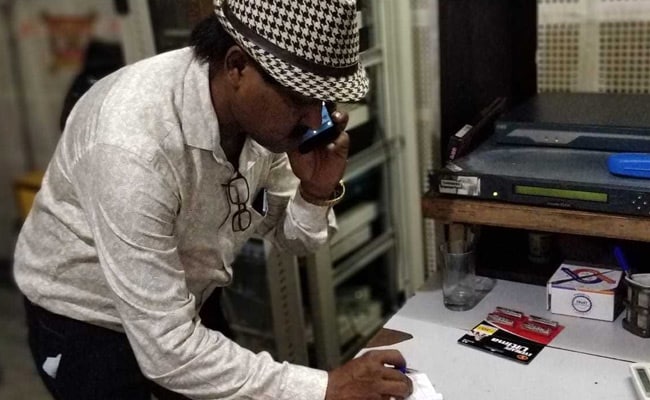 Mr Shrivastava currently works as an assistant professor of electronics at Bhabha Engineering Research Institute in Bhopal. But he's been nurturing a love for dance since he was a young boy and was even a regular stage performer till 1998.

"My mother is a trained Bharatnatyam dancer," he says, adding he inherited his love of dance from her. "I won the Madhya Pradesh dance competition in 1986, '87 and '88."

Mr Shrivastava is a huge fan of Govinda and Mithun Chakraborty, regularly performing on their hit songs for annual functions and family gatherings. The first time he hit the stage, he was only 10 years old. He remembers dancing to the original "Disco Dancer" Mithun Chakraborty's 1981 hit "Taqdeer Ka Badshah." Sanjeev and Anjali Shrivastava's sons Aradhya, 10, and Parv, 8, were thrilled to see clips of their father dancing on TV

Ms Shrivastava shyly admits she loves dancing as well. "I can't dance like him, but I do participate during family functions."

The parents of two boys say that every Sunday, they blast music and the family of four dances together for hours. 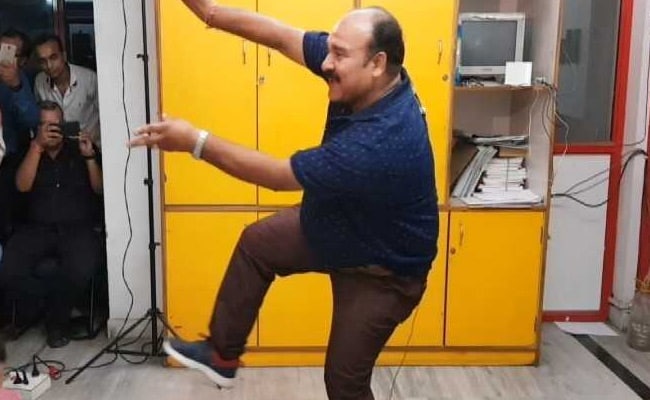 On Saturday, as journalists jostled, waiting to talk to the Internet sensation, he treated them to an impromptu Bhangra performance to Sukhbir's hit '90s single "Ishq tera tadpave." With his wife looking on indulgently, Mr Shrivastava danced energetically as journalists held up phones and cameras. It was hard for anyone sitting in the room not to smile. Click for more trending news