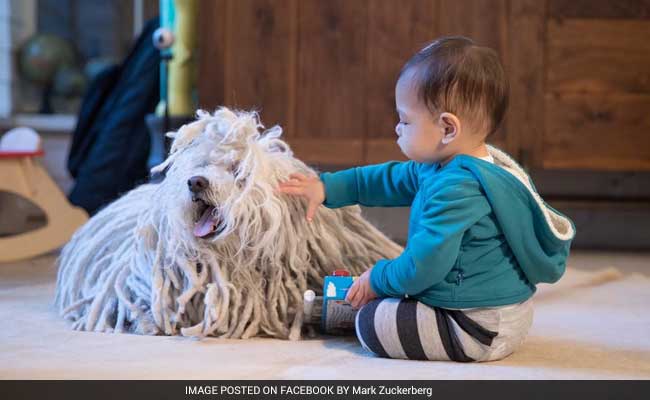 It's hard to tell who looks cuter in the picture.

Facebook superboss and hands-on father Mark Zuckerberg shared a parenting milestone on his page - his baby girl has started talking. Max Zuckerberg, almost one-year-old, said her very first words - and it was neither mom, dad nor Facebook.


It's hard to tell who looks cuter in the picture.

The post has received a whole lot of Facebook love with over four lakh reactions and more than 4,100 shares.

Last year in December, Mark Zuckerberg and his wife, Dr Priscilla Chan, introduced their bundle of joy to the world.

Promoted
Listen to the latest songs, only on JioSaavn.com
Following the birth of Max, the couple announced they would give away 99 percent of their Facebook shares, worth a whopping $45 billion, to charity during their lifetime.

Max has since made few but adorable appearances on the couple's Facebook feed.