International Nurses Day is celebrated every year on May 12. 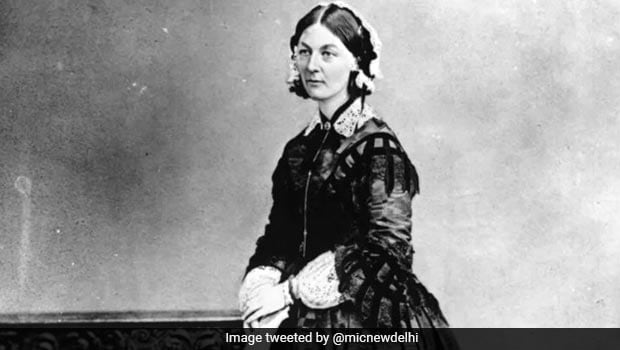 International Nurses Day: Florence Nightingale is regarded as the founder of modern nursing.

International Nurses Day is celebrated every year on May 12. The day is observed on the birth anniversary of Florence Nightingale - one of history's most famous nurses, who is widely regarded as the founder of modern nursing. International Nurses Day has been celebrated by the International Council of Nurses since 1965 to highlight the contribution of nurses to society. This year, as the world battles the coronavirus pandemic, millions have taken to social media to thank nurses who are on the frontline of the fight against the disease. The role of nurses is more important than ever during the pandemic, and that will be reflected in this year's celebrations.

"International Day of the Nurse is particularly special this year not just because we mark the 200th anniversary of Florence Nightingale's birth, but because of the extraordinary work all those who have followed in her footsteps are doing in the fight against coronavirus," said Chief nursing officer for England Ruth May to The Sun.

As the world observes International Nurses Day, take a look at the inspirational nurses through history whose contribution to society's healthcare and welfare should not be forgotten:

Born in 1820 in Italy, Florence Nightingale is regarded as the founder of modern nursing. She took care of wounded British and allied soldiers in Turkey during the Crimean War. Her nightly rounds to look after her patients established her image as the "Lady with a lamp". It was Florence Nightingale's efforts to formalise nursing education that led to the establishment of the first scientifically based nursing school-the Nightingale School of Nursing, at St. Thomas' Hospital in London, according to Encyclopaedia Britannica.

While he is today most famous as a poet and author, Walt Whitman also volunteered as a nurse during the American Civil War. According to the Nursing Center, Walt Whitman tended to the sick, listened to the stories of soldiers and wrote letters for them. He estimated he had visited "more than 100,000 wounded soldiers" by the end of his service.

The founder of Planned Parenthood, Margaret Sanger was born in New York in 1879. Ms Sanger popularized the term "birth control" and opened the first birth control clinic in the United States. She remains an admired figure in the history of the reproductive rights movement.

Born in 1805 in Jamaica, Mary Seacole was a pioneering nurse of the Crimean War. She was the nurse who set up the "British Hotel" behind the lines during the War - a place she described as "a mess-table and comfortable quarters for sick and convalescent officers".