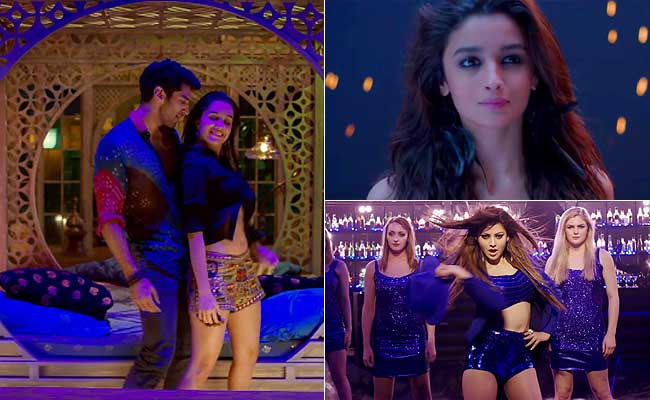 For those who love Bollywood films and their music, this week has been all about old songs packaged in a new way. In three days, the world got three brand new remixes of old classics, starting with Alia Bhatt's version of Ae Zindagi Gale Laga Le, Kaabil's Haseeno Ka Deewana and the just-released Humma Humma from OK Jaanu. So are people happy they have three bright new songs to dance to at their New Year parties? The reviews so far are mixed.

Starting with A R Rahman's classic Humma Humma from Mani Ratnam's Bombay - the new version, also by him, is called The Humma Song and features a rap by Badshah. And umm... people are not quite happy with what they've heard. The song, released today, has been trending on Twitter but comments hint at it being something of a miss rather than a hit.

Sir A.R.Rehman, your beautiful song got ruined by that rap in the new humma humma.The earlier song already carried beats ahead of it's time.

To avenge what happened with Humma Humma, AR Rahman should make a better version of DJ Waley Babu and restore the balance of the universe.

Thank you The Humma Song for completely ruining 90's bollywood music for me :)))

You still gotta give credit to Aditya Roy Kapur and Shraddha Kapoor for the sizzling chemistry, though.

The '90s hit may have missed the mark but what about the two '80s classics?

Promoted
Listen to the latest songs, only on JioSaavn.com
Both Ae Zindagi and Haseeno Ka Deewana seem to have fared way better than The Humma Song, in terms of Twitter's verdict. The original version of Ae Zindagi was composed by Ilaiyaraaja for Kamal Haasan and Sridevi's film Sadma. Haseeno Ka Deewana is a reworking of Saara Zamana from Yaaraana, which featured Amitabh Bachchan wearing a lit-up jacket.

While people loved Alia in the new Ae Zindagi (especially her copying Shah Rukh Khan's pose in the video), Haseeno Ka Deewana has been trending on YouTube and is being touted as the party song of the year. Here's what Twitter has to say about the two songs:

@aliaa08 woaaah I loved this so much!!! One of ur best videos ever!! Loved the idea loved everything!! Too good! https://t.co/32dlVJkMOJ

Just listened #HaseenoKaDeewana . Urvashi u are fantastic., U just add one more reason to watch #Kaabil@URautelaForever@iHrithik

It 2.2 million views on youtube for #HaseenoKaDeewana. Its only because of @URautelaForever who is ruling with her beauty at this time

The bollywood music industry is so dead at the moment. Songs being recreated to spoil old legendary taste of music #HaseenoKaDeewana#sucks

@upneet86#HaseenoKaDeewana was still okay... now waiting to see how #Laila from #raees turns out

So here's looking at you, Laila from Raees. Will Sunny Leone's magic work? And what about these three new tracks? Which is your favourite? Tell us in the comments section below.