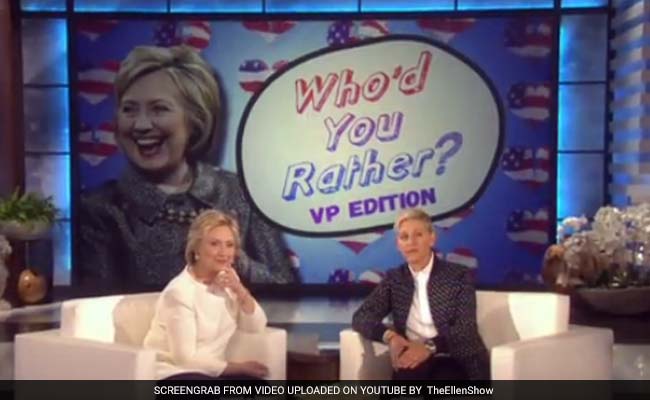 Beyonce - or perhaps Michelle Obama  could be your next Vice President, America, should you vote Hillary Clinton in.

Ms Clinton, the Democrat candidate for the next President of the United States, has failed to pick a running mate so far but was helped out by talk show host Ellen DeGeneres.

Ellen played a game of "Who'd you rather?" with Ms Clinton on her show on May 24 and offered up a list of potential veeps to choose from.

Here's what did. The frontrunners for position of Vice-President to possible POTUS Clinton are: Beyonce (because Hillary Clinton makes Lemonade when life hands her lemons) and the current FLOTUS (because Mrs Obama would be just great).

White House, you watching this?