#HeidiTrumpsTrump. 'No Longer a 10,' You Say? Watch This 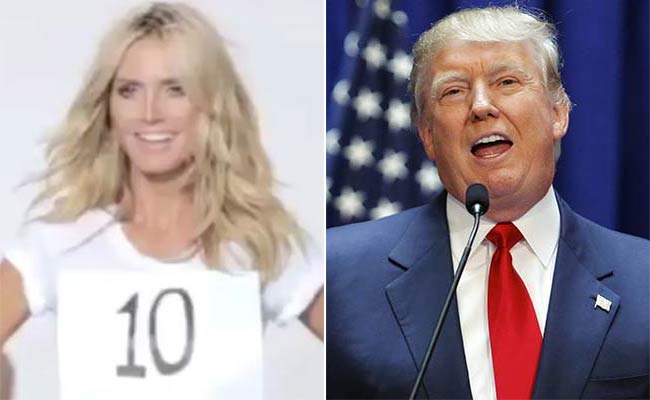 If you thought Heidi Klum would take Donald Trump's "sadly, no longer a 10" comment lying down, you were so, so wrong.

If you thought Heidi Klum would take Donald Trump's "sadly, no longer a 10" comment to the New York Times lying down, you were so, so wrong. The model and television host dished out a perfect 10 response to the POTUS-hopeful.

Seconds later, a man wearing a Donald Trump mask rips that 10 right off of the gorgeous model.

But surprise... there's an awesome retort right there waiting and, how do we say this politely - it burns.

Check out the super cool video below: