Thanks to the occurrence, the passengers would have celebrated New Year's twice 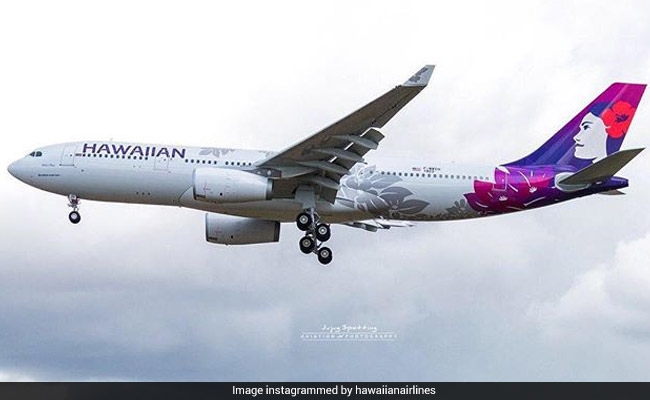 The fascinating concept of time travel remains the biggest obsession of science-fiction enthusiasts. A time travel-like occurrence courtesy a flight from New Zealand to Hawaii will give sci-fi nerds something to talk about for days.

Flight HA446 of Hawaiian Airlines was scheduled to take off on the night of December 31 from Auckland, New Zealand. But a ten-minute delay in departure meant the flight finally took off on 1st January 2018.

Surprisingly, when it landed in Honolulu, 8 hours later, it was still December 31 2017.

It's not so complicated and apparently very common.

It's no time travel but simply the presence of the international date line that the flight crossed while flying towards its destination. Because of the date line, Honolulu is 23 hours behind Auckland. Hence, the difference in dates (and one whole year in this case).

Promoted
Listen to the latest songs, only on JioSaavn.com
The anomaly was noticed by an American journalist which, even though quite common, amazed Twitter.

Because of an unexpected delay, Hawaiian Airlines flight 446 took off in 2018 and will land in 2017. #timetravelpic.twitter.com/A5vesXmjqq

That does sound like Lost. Glad I'm not on that flight.

Gotta wonder if the crew ran 10 extra minutes of diagnostic checks to make this happen.

Thanks to the occurrence, the passengers would have celebrated New Year's twice.

6 aircraft just took off from Taipei in year 2018, to bring their passengers back to year 2017 in North America!#TimeTravelpic.twitter.com/pZYW8mQp03