Game of Thrones in Bollywood Style. Thanks, AIB 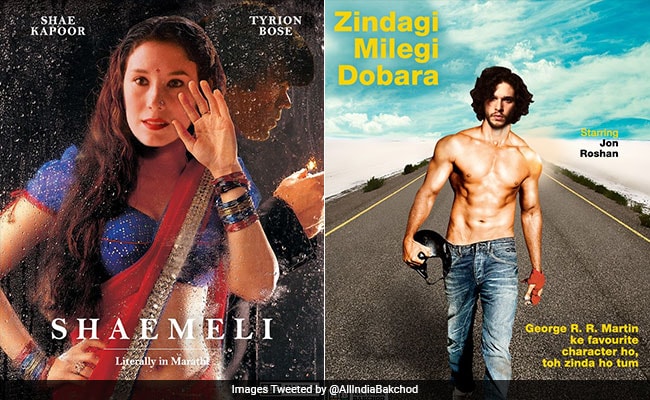 It's going to be a long few months to the next season of Game of Thrones so here's something to help you pass the time, courtesy comedy collective AIB.

If Westeros were to be taken over by Bollywood, what would your favourite characters look like? Don't worry, Game of Thrones is safe from Bollywood (so far) but here are the residents of that universe reimagined on Hindi film posters.

Khal Drogo, Khaleesi and Jorah Mormont on the poster of Khal Ho Naa Ho is an easy one. So is Jon Snow as the star of Zindagi Milegi Dobara, as befits one resurrected from the dead.

Have a look at these posters and tell us what you think in the comments section below: