#CoupleGoals are all about this, aren't they? 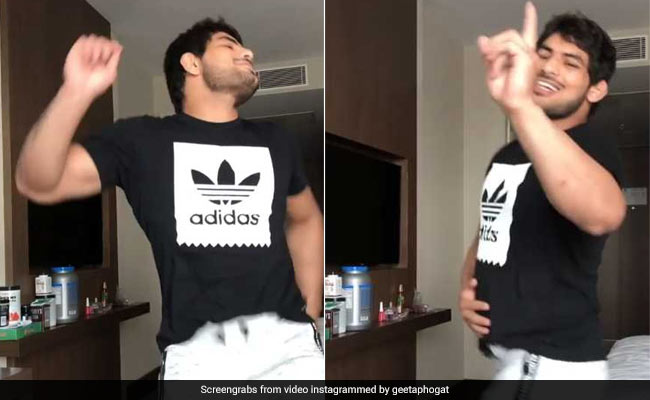 The heartwarming video has received over two lakh views on Instagram.

Remember Salman Khan's Jag Ghoomeya for Anushka Sharma in 2016 blockbuster Sultan? Guess who just topped it? Indian wrestler Pawan Kumar has won Instagram with his wonderful dance performance for wife Geeta Phogat. A video posted by Commonwealth Games gold winner Geeta Phogat shows her husband dancing to a Haryanvi song and we guarantee it'll make you want to get up and dance as well.

Posted yesterday, the video shows Commonwealth Games bronze medalist Pawan Kumar grooving to Bol Tere Mithe Mithe. It seems Ms Phogat was on the other side of the lens recording the video. So the performance becomes all the more endearing. Because jo biwi se kare pyar, woh dedicated dance performance se kaise kare inkar. #CoupleGoals are all about this, aren't they?

Watch Pawan Kumar in action below:

Wasn't that just the sweetest? We know Ms Phogat has already been on one reality TV show (she was a participant on Khatron Ke Khiladi 8) but can we expect the couple on a dance reality show soon too?

The heartwarming video has received over two lakh views and more than 40,000 'likes' on Instagram - and still counting. People seem to have had their hearts won and cannot stop commenting on the dance performance.

Tell us what you think of the video using the comments section.