"Elon Musk driving," wrote a YouTuber while sharing a video of the Tesla Cybertruck. 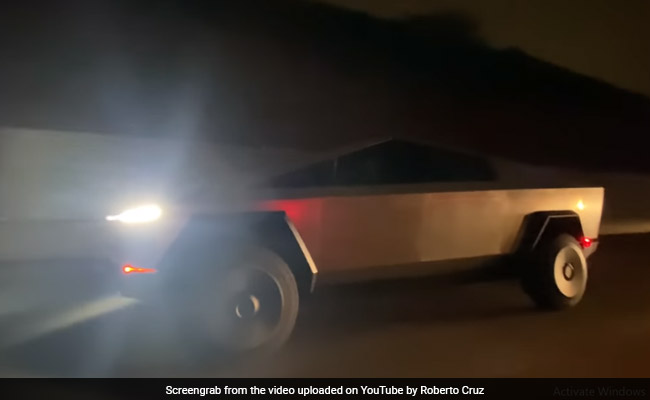 Elon Musk took the Cybertruck out for a late night drive.

Tesla CEO and co-founder Elon Musk has been spotted driving the company's new electric pickup truck around Los Angeles. The Cybertruck has generated massive interest since its memorable launch in November, where the truck's supposedly shatterproof windows smashed easily.

"Elon Musk driving," he wrote while sharing the video. "Love it. Looks more amazing in person." His video shows the futuristic-looking vehicle speeding down the road, but Mr Musk is not visible in it.

Since being shared online one day ago, the video has collected over 3 lakh views and a number of comments.

So i saw Elon Musk today at a restaurant called Nobu in Los Angeles today. Guess what he was driving? from r/pics

Mr Musk has been tweeting furiously about the Tesla Cybertruck since its launch. He tweeted "250k" soon after the truck was unveiled, signaling that 2,50,000 customers had lined up to order the vehicle.