The incident has been termed a 'world's first'. 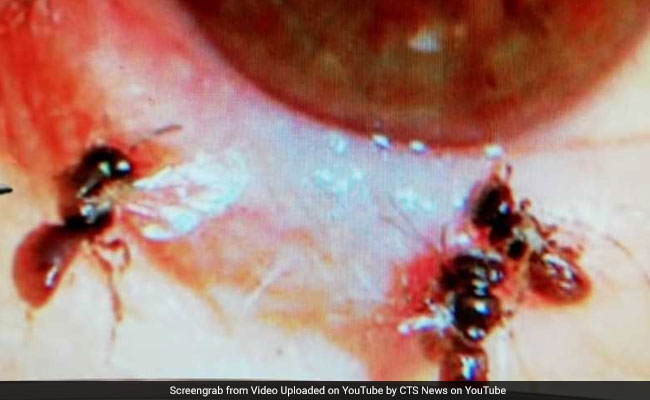 A woman in Taiwan found four bees living inside her eye.

This headline may sound like something out of a gory science fiction story, but this incident actually happened in real life. A woman in Taiwan, surnamed He, went to a hospital recently with a swollen eye. At the Fooyin University Hospital, however, doctors found four live bees living inside her eye and feeding on her tears. Asia One reports that the doctors managed to extract all the four bees from her eye socket.

According to the Guardian, the hospital's head of ophthalmology Dr Hung Chi-ting said at a press conference: "I saw something that looked like insect legs, so I pulled them out under a microscope slowly, and one at a time without damaging their bodies."

The incident has been termed a 'world's first'.

According to Apple News Network, who shared a video of Ms He and of the press conference by the hospital, the bees entered her eye while she was pulling out weeds from near a relative's grave. Ms He felt something go into her eye, but assumed it was just dirt and washed it out.

The next day, however, she found her eye swollen and went to the hospital.

Ms He recovered 80% of her vision after being hospitalised for five days. Her eyesight was saved by the fact that she had not rubbed her eyes.

The small bees, known as Halictidae or "sweat bees", are attracted to human perspiration. They are commonly found near mountains and graves.