CoinDCX founders -- Sumit Gupta and Neeraj Khandelwal -- hailed from small towns and had dreams of setting up something big together. 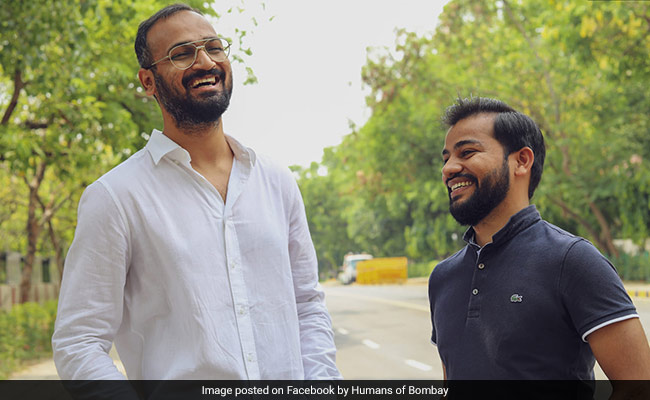 As many as three years ago, when Sumit Gupta and Neeraj Khandelwal began their cryptocurrency journey from a modest flat in Mumbai, they had little idea about the storms heading their way. Within months of starting the company in 2018, the RBI banned banks from processing payments related to cryptocurrency. Today, with a base of more than two million users, the daily turnover of CoinDCX, one of India's largest cryptocurrency exchanges, is Rs 100 crore. It is also the official live streaming sponsor of the World Test Championship Final underway in the UK.

Speaking to Humans of Bombay, Mr Gupta recalled the struggle that went into building the company and the highs and lows that came with it. Mr Gupta said he and Mr Khandelwal are “childhood buddies”, who would study as a team in Kota, ride trains and treat themselves to street food. Hailing from small towns, IIT and Mumbai sounded aspirational to them. Once at IIT-Bombay, they would take the same class and dream of starting something of their own together. But Mr Gupta then got placed at Sony in Japan.

“I made a good living,” he said, but when Mr Khandelwal would call him, he would miss India and their chats about the future.

Mr Gupta said he learned about how corporations functioned and returned to India to launch his startup. It didn't go as expected. His partner got cancer soon after the launch of the company and employees began to leave. Mr Gupta had to shut down his company.

“I lost money and my confidence. I'd wake up to no work,” he said.

At this point, his childhood friend supported him. They then launched CoinDCX from Mr Khandelwal's flat with savings to sustain for only three months. “And then, RBI ordered banks to stop trading with crypto companies (in April 2018)”. Mr Gupta said soon their investors backed out. They had to change their strategy and work tirelessly. When RBI reversed its order three years later, the investors returned.

“Today, it's been three years since; we've hired over 150 people, have over two million users, and our daily turnover is 100 crores. We're changing the way people perceive crypto,” Gupta said.

Reacting to the post, one user said, “Friends fall and grow together.” Another user, who goes by the name Nikita Mahamuni, wrote, “I had interviewed for CoinDCX. Didn't know this was the story behind it. Great going guys,” said

“It's the genuine friendship for me,” said user Imkong Mayang. “They are such an inspiration,” read another comment.

Tell us what you think of their story.