"It's Captain Underpants!!!" jokes one commenter 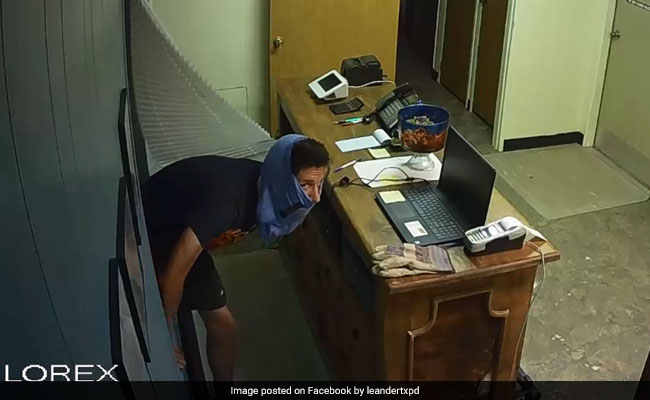 The unidentified man broke into an office wearing underwear on his face.

Police in Texas are looking for a man who broke into an office while wearing underwear on his head to disguise his appearance. On Wednesday, the Leander Police Department posted a short CCTV clip on Facebook that shows a burglar entering a building through a window, wearing blue boxers on his face.

According to local reports, the burglary occurred on June 16 at a landscaping business - Enchanted Rock and Landscape Supplies.

The CCTV clip, just a few seconds long, shows the unidentified man entering with a pair of boxers on his face and looking straight at the camera. Many in the comments section have pointed out that he has also left his fingerprints all over the office.

While the video has been viewed over 1 lakh times since it was shared yesterday, it is the thief's, err, innovative method of disguise that is making people laugh.

"Gone are the good ole days when all criminals worth their salt used panty hose as a mask," jokes one person in the comments section. "It's Captain Underpants!!!" writes another.

This isn't the first time that burglars have made people laugh with their less-than-effective methods of disguise. In Kanyakumari recently, a thief wore a clear plastic bag on his head in an attempt to cover his face - he was arrested soon after.