Sylvia wanted help selecting a dress for her July wedding to Frank, 88 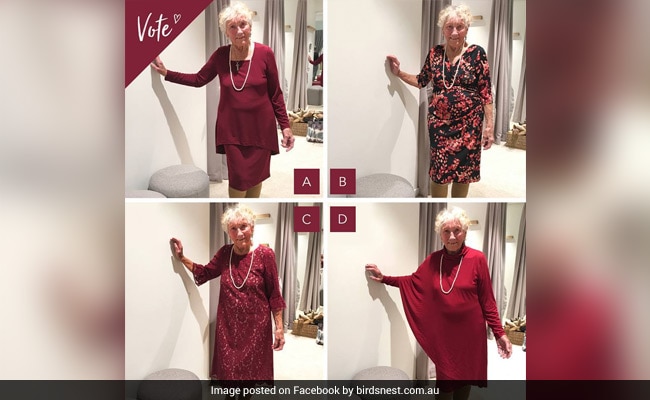 Sylvia and Frank live in a retirement village together.

Age is just a number, it's said. Allow this woman to prove that to you. A Facebook post details the heartwarming story of a 93-year-old bride shopping for her wedding dress and asking social media to choose one for her. Shared on May 28, the post has touched a chord with many and has collected almost 4,000 reactions so far.

"Sylvia, 93, visited our store with her bridesmaids in tow to help choose a dress for her July wedding to Frank, 88. They live together in a retirement village," says the post.

The post details that Frank had previously asked Sylvia to marry him several times but she kept refusing him. She thought it would be disrespectful to her deceased husband if she took Frank's surname. However, when she found out that one can get married without changing one's surname, she said yes.

So she was out picking her dress and turned to Facebook for help.


Several people posted comments with suggestions and congratulatory messages for Sylvia and Frank.

"Sylvia should wear whatever makes her happy. She looks fantastic in all four outfits! Congrats Sylvia. It sounds like your lucky fiance will love you whatever you wear," says one Facebook user.

"Congratulations Sylvia and Frank, there is no age limit to in fall love. Sylvia I think you should wear what makes you feel fantastic on your wedding day, but I would pick A or C. All the best for the future," says another.

According to Canberra Times, Sylvia selected dress C for her wedding. However, taking Facebook's votes into consideration, she also picked up dress D to wear at a more casual occasion later.Click for more trending news