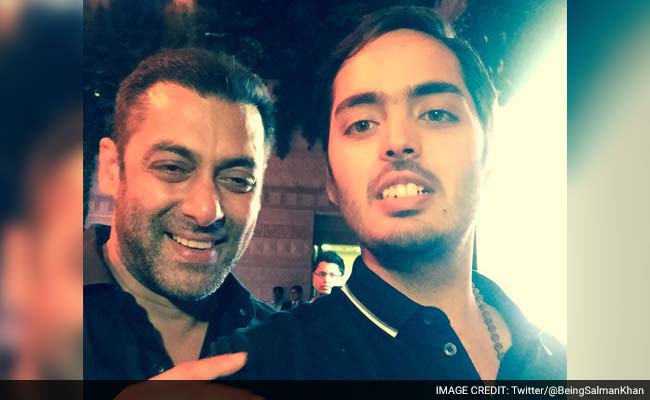 Anant Ambani wanted to get fitter by his 21st birthday on April 9 and completed his goal with a flourish.

There's an Ambani trending on Twitter and it's not Mukesh or Anil.

Anant Ambani, the 21-year-old son of Reliance boss Mukesh Ambani, has social media excited because of a physical transformation that is as inspiring as it is incredible. In 18 months, the young Ambani has dropped 108 kgs, winning praise from the likes of actor Salman Khan and cricketer MS Dhoni.

According to sources, Anant Ambani wanted to get fitter by his 21st birthday on April 9 and completed his goal with a flourish. Seriously, the before and after pictures have to be seen to be believed.

Twitter is very happy for him and several celebrities have congratulated Anant for the incredible makeover.

So happy to see Anant Ambani,lots of respect n sooo happy fr him.Takes a lot of willpower to loose 108kgs in 18mnths pic.twitter.com/Rfd6pgAeEn

Wish u a very happy birthday Anant.u gave the best gift to urself by losing over 100kg.discipline and determination pic.twitter.com/0BNEl0drlH

Now this is what I call dedication guys! "108" that number is not a joke!#AnantAmbani hats off!! #healthiswealthpic.twitter.com/wxm8awc599

#AnantAmbani truly inspirational what this young man has achieved thru grit & determination. pic.twitter.com/f1pcqzKOFR