Amul, a dairy company, now pays tribute to the film with a charming animated doodle. 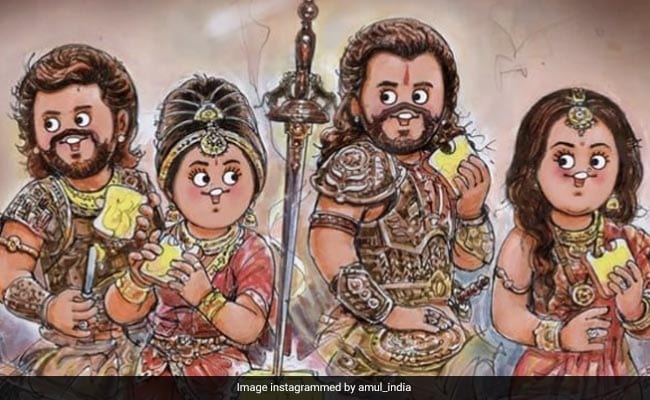 The film is based on Kalki Krishnamurthy's five-part novel of the same name.

In a recent post on its official Instagram page on Sunday, Amul shared an animated picture of Vikram, Aishwarya, Trisha, and Karthi enjoying a slice of bread drenched with butter.

"Get your Mani's worth," reads the quote inscribed on the picture, while the caption reads, "Topical: Epic film, by Mani Ratnam, Ponniyin Selvan released!"

The film is based on Kalki Krishnamurthy's five-part novel of the same name, chronicling the rise of the Chola dynasty. Part One of the film also marks Aishwarya Rai Bacchan's return to the big screen. In the movie, she plays two roles. It is difficult to keep the enthusiasm when there is so much to look forward to.

Mani Ratnam refrains from using sensory or visceral overload, instead relying on a sharp storyline written by him, B. Jeyamohan, and Elango Kumaravel, as well as a cast of accomplished performers. PS-1 is as much a visual pleasure as it is for the mind.

The narrative finally made it to the big screen after six and a half decades. It was worth the wait. The Hindi, Telugu, Kannada, and Malayalam-dubbed PS-1 is now playing in theatres around the country.