"Welcome back Amitabh Bachchan. As I had said, you possessed an inbuilt vaccine codenamed the Big V," wrote Anand Mahindra. 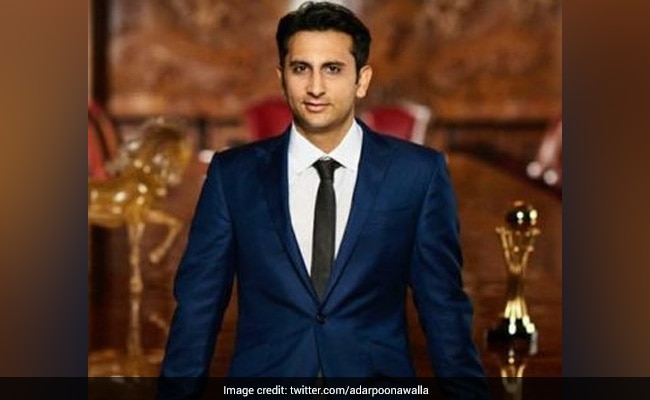 Last month, when actor Amitabh Bachchan announced that he had tested positive for COVID-19, Anand Mahindra had wished him a speedy recovery, writing: "There's a vaccine you possess - it's code named the Big V - and it's inbuilt & organic. Grows inside all those like you who are natural fighters." Now that Mr Bachchan has recovered and is back home from the hospital, Mr Mahindra wants the CEO of Serum Institute to manufacture this "Big V' vaccine.

In a tweet shared on Sunday, Mr Mahindra first welcomed Amitabh Bachchan back after he announced he had been discharged from the hospital where he had been undergoing treatment. "As I had said, you possessed an inbuilt vaccine codenamed the Big V," wrote Anand Mahindra, 65.

Then, in a lighthearted aside, he added: "Now we need @adarpoonawalla to find a way to extract it from you, manufacture it & give us all a dose..."

Welcome back @SrBachchan As I had said, you possessed an inbuilt vaccine codenamed the Big V. Now we need @adarpoonawalla to find a way to extract it from you, manufacture it & give us all a dose...???? https://t.co/8aP9o2IzA9

Mr Poonawalla is the CEO and owner of the Serum Institute of India, which is the world's largest vaccine manufacturer and will mass-produce doses of a potential vaccine against the new coronavirus.

He responded to the Chairman of Mahindra Group and assured him that his scientists were already "working on it".

"Haha! good one @anandmahindra, my scientists are working on it," quipped Mr Poonawalla. He also welcomed Mr Bachchan back.

Haha! good one @anandmahindra, my scientists are working on it! and great to have you back, @SrBachchan. https://t.co/1IO9BbG5ts

The exchange between Mr Mahindra and Mr Poonawalla has delighted Twitter, garnering thousands of 'likes' and comments.

The coronavirus vaccine developed at the Oxford University will be in India by November. "We are confident on going on to the Phase 3 trials in India in August and we forecast that it will take probably two to two-and-half months to complete... By November, we hope to launch the vaccine if the trials are positive and if the Drug Controller of India blesses it and says it is safe and effective," Mr Poonawalla told NDTV.