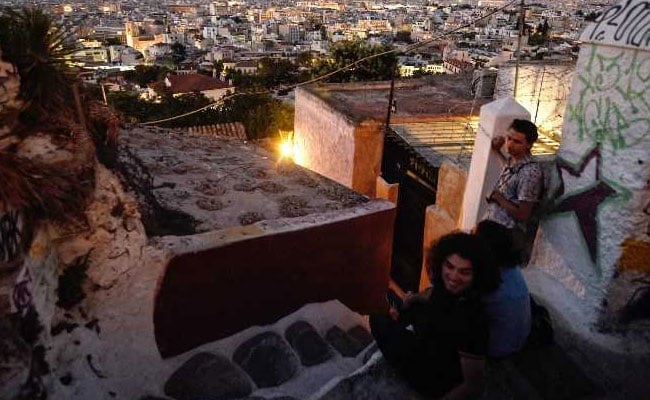 Toursists take in the veiw from the Anafiotika district of Athens.

"The Acropolis? It's that way." Residents of historic Anafiotika are used to giving directions to tourists, lost in the narrow, winding alleyways of this unique but little-known hillside neighbourhood in the heart of Athens.

Looking as if it's lifted straight out of the Greek islands, Anafiotika's tiny white-washed houses with brightly-painted shutters and doors were designed to resemble their builders' own Aegean Sea homes.

The tranquil neighbourhood was constructed on the northeastern side of the hill leading up to the ancient Acropolis, and its 100-odd, tile-roofed houses -- known as the Anafiotika -- are as old as the modern Greek capital itself.

"The Anafiotika have real historical value," says architect Panagiotis Paraskevopoulos, a resident of the nearby historic Plaka district. 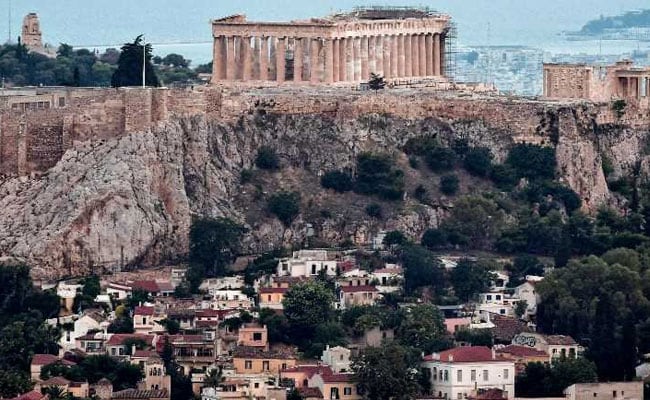 A general view of the tiny Anafiotika district of Athens, under the Acropolis archaeological site. Photo Credit: Louisa Gouliamaki / AFP

"Working-class architecture with Cycladic elements -- it's like a journey back in time," he said.

When the Bavarian prince, Otto, became Greece's king in 1832, Athens was in ruins after a decade-long war of independence against the Ottoman Empire.

To restore the city to a semblance of its classical glory fit for a state capital, he invited famed stonemasons from Anafi, one of the Cyclades islands in the Aegean Sea, to work on a grand rebuilding initiative.

That included his new palace, which is now the country's parliament.

Looking for a place to lodge their families, the workmen decided to take matters into their own hands. 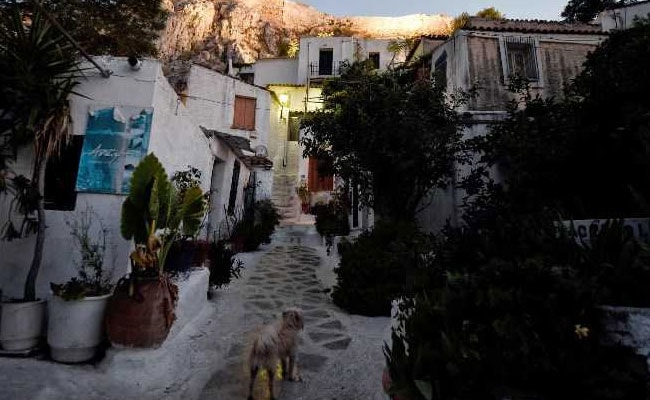 A view of a street in Anafiotika. Photo Credit: Louisa Gouliamaki / AFP

With housing in short order, they built a new neighbourhood, making it reminiscent of their Cycladic houses back home, and used some of the best land available in the capital, just under the Acropolis that boasts the Parthenon and other ancient buildings.

The move was technically illegal, but in the political upheaval that followed Otto's ouster in 1862 and the frenetic urbanisation of the capital, especially after World War II, Anafiotika was left undisturbed.

And in a touch of irony, what was once illegal is now part of the Athens architectural heritage zealously safeguarded by the Greek ministry of culture.

There are no street signs here.

The houses are tiny, mostly 50 square metres (538 square feet) in size, girded by gardens, and are protected by strict restoration guidelines. "It's not easy living here," said Alexandra Katsourani, a 30-year resident and member of a local heritage committee.

"Not only must we abide by strict regulations, but we must also stay vigilant against efforts to turn the area into Airbnb rentals," she said.