Authorities are now working with the church to try and resolve the badger problem. 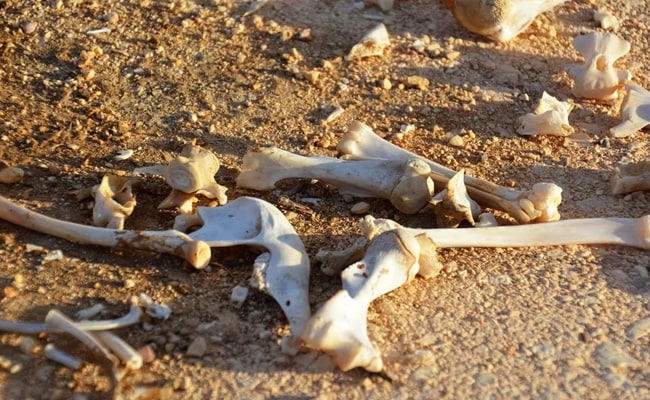 The police are treating the property it as a crime scene. (Unsplash/Representative Photo)

An 88-year-old woman in the United Kingdom was recently horrified to learn that badgers had been repeatedly leaving human remains in her garden.

According to the BBC, Ann Mathers, who lives behind a cemetery in Dudley, revealed that the short-legged animals had been digging up bones from graves and leaving skulls, femurs and jawbones for her to find in her garden after they gained access to the Providence Baptists Chruch. Officials believe that the badgers got into the graveyard via a public alleyway, which has since been shut.

Speaking to a local media outlet, Ms Mathers said that when she first spotted the bones, she called her daughter in "hysterics". Her daughter, Lorraine Lloyd, revealed that the police then cordoned off the property and treated it as a crime scene.

"We didn't realise how much worse the situation was going to get," Ms Lloyd said, adding, "Since then, she's been having femurs, skulls, the bottom part of a chin, jawbones, you name it, coming into the garden. What you see is people's families, people's loved ones, it's horrific."

As per the outlet, Councillor Shaz Saleem, cabinet member for highways and public realm, said that the council has been working with the church to try and resolve the badger problem. He informed that the public right of way was currently closed due to the situation. "As badgers are a protected species, we are in the process of obtaining the services of a qualified ecologist to help us further," Mr Saleem explained.

Meanwhile, this is not the first time that badgers have dug up human remains at a cemetery. Last year, according to Ladbible, a man in Birmingham found a family member's bones scattered over "open ground" at a cemetery in Yardley. Back then, the man said that he found the scene so distressing that he reconsidered placing his mother's ashes in his family's grave at Yardley Cemetery.