10 Women We Admired This Year 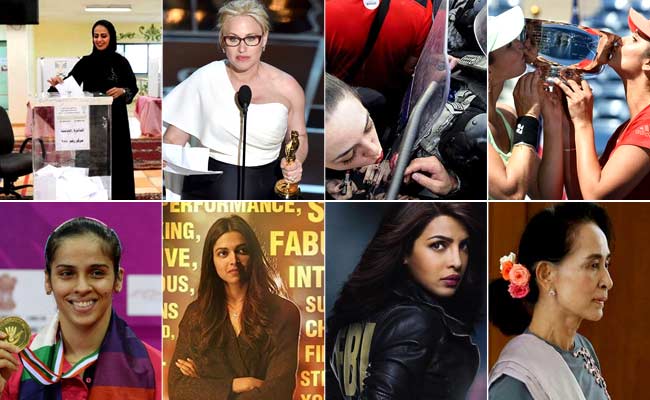 In what has been a very eventful year, several moments stood out as beacons of hope and inspiration for women across the world. From women voting for and winning seats in Saudi Arabia to German Chancellor Angela Merkel being named Time's 'Person of the Year 2015,' female achievers made the world proud and left a huge mark in the fields of politics and governance, sports and showbiz.

1. Saudi Women Councilors: A big step for Saudi women, a giant leap for womankind. In a first, as many as 20 Saudi women won seats in the country's landmark municipal elections that were thrown open to female voters and candidates for the first time.

While they represent only one percent of the 2,100 seats up for grabs, this victory is being hailed as a big step towards women's empowerment. In a country where women still live very restricted lives - they need to be chaperoned at all times, are not permitted to drive and are governed by guardianship laws which give men the right to make final decisions on their behalf - voting for and winning seats in the elections forms a huge milestone. 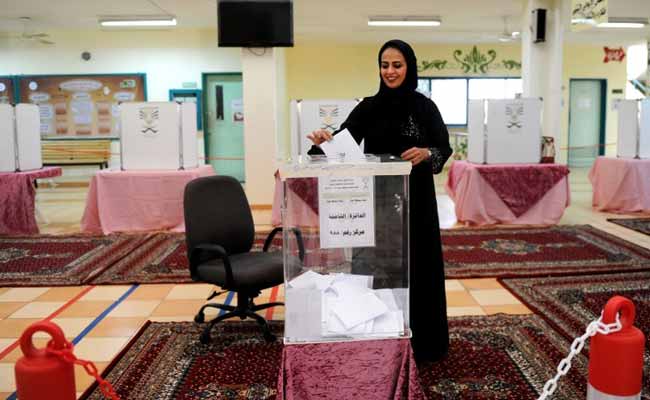 2. Patricia Arquette: It was the Oscar moment that made three-time Oscar winner Meryl Streep sit up and shout "Yes!" and Hollywood applaud in support. This year's Best Supporting Actress used her Oscar acceptance speech to talk about gender and call for equal pay. "To every woman who gave birth, to every taxpayer and citizen of this nation, we have fought for everybody's equal rights," said Patricia Arquette. "It is our time to have wage equality once and for all, and equal rights for women in the United States of America," she added to loud applause. The Boyhood actress led a growing chorus of women in Hollywood urging that the pay gap be bridged. Actresses Reese Witherspoon, Jennifer Lawrence, Nicole Kidman and other leading female voices are refusing to be silenced.

3. Jasmin Golubovska: The woman better known as the bad-ass "lipstick protester" fired up public imagination and social media with just one picture. Amid protests against the Macedonian Prime Minister Nikola Gruevski and his cabinet, Jasmin Golubovska was photographed using a riot police shield as a mirror to apply red lipstick moments before planting a kiss on it. 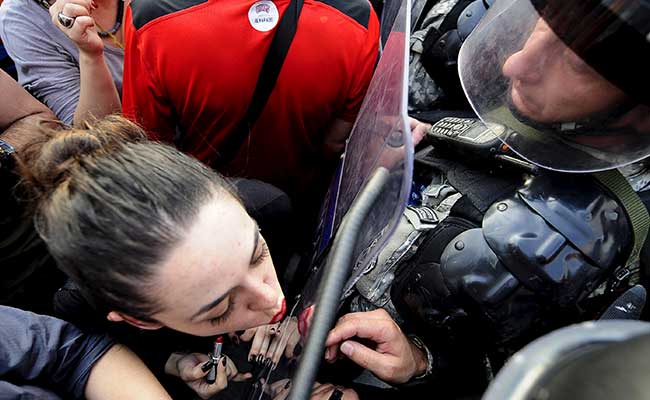 4. Sania Mirza and Martina Hingis: Tennis' golden girls Sania Mirza and Martina Hingis have had nothing short of a dream run in 2015. With two Grand Slam wins together and becoming the world number one in doubles rankings, the women have done their countries proud. Other than the two Grand Slams, the sportstars won eight other titles together this year.

"Next year, if not better it, hopefully, we can equal what we have done. It's tough to have a better year than this. But, who knows, what we (with doubles partner Martina Hingis) can do together. It would be great to win another Slam," Sania told a media agency. 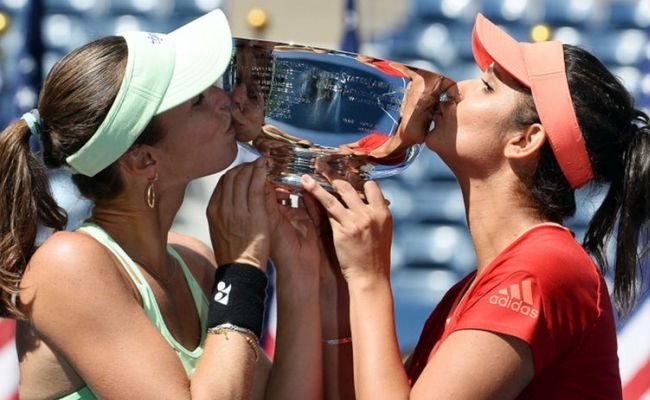 5. Saina Nehwal: Shuttler Saina Nehwal created history this year by occupying the World No. 1 position in badminton rankings after winning the India Open semifinal (she went on to win the finals as well). The first Indian woman badminton player to achieve this feat, Saina continued to create history by becoming the first Indian to win a silver medal at the World Badminton Championships this year.
Even though she lost her number spot to Carolina Marin earlier this month, Saina has blazed a trail of glory for herself and her country. 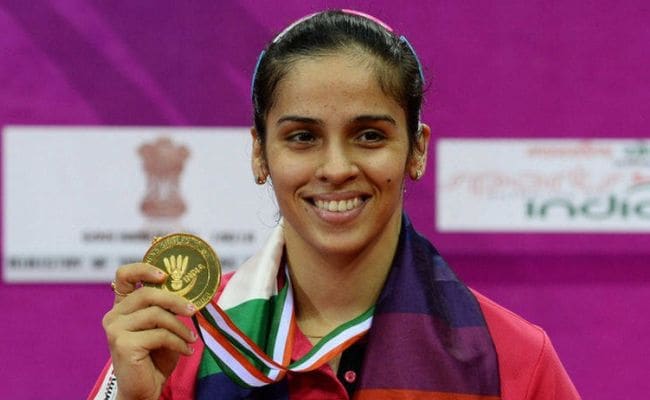 6. Deepika Padukone: From opening up to the world about her battle with depression to earning rave reviews for her scene-stealing performance opposite Amitabh Bachchan and Irrfan Khan in Piku, Deepika has had quite a year. The actress made several headlines throughout 2015 - starting the 'Live, Love, Laugh' foundation that aims to aid people battling depression, featuring in the My Choice video which earned her both praise and flak in equal proportions, an on-off friendship with Kangana Ranaut, being the only woman among the top 10 of Forbes list of India's top 100 celebrities, her recent picture with xXx star Vin Diesel, and more.

Singled out for praise for her performance opposite Ranbir Kapoor in Tamasha and opposite Ranveer Singh in Bajirao Mastani, it's safe to say that 2015 was well and truly the year of Deepika Padukone. 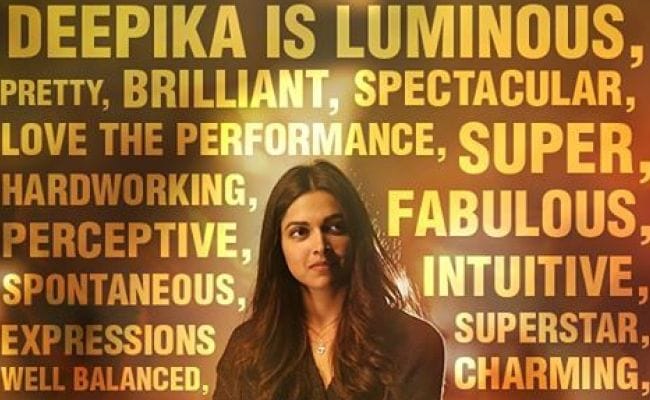 7. Priyanka Chopra: Her year began with an acclaimed turn as Ayesha Mehra in Dil Dhadakne Do but Priyanka's moment in the sun really came when she headlined the American TV show Quantico. The actress has won rave reviews for her role as FBI recruit Alex Parrish and has even earned a People's Choice Awards nomination.

That's not all. Priyanka ends the year with a bang as Kashibai in Bajirao Mastani. What a year it's been for her. 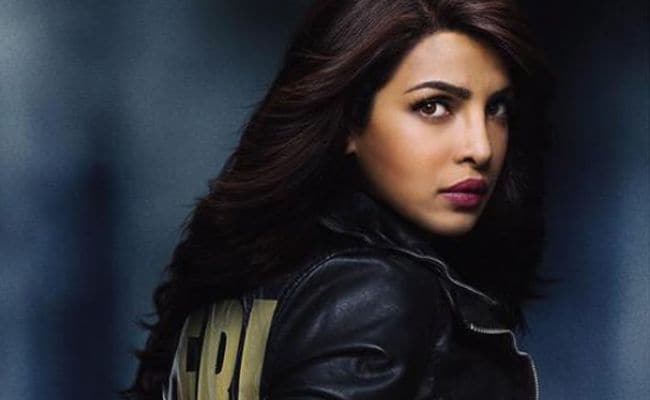 8. Angela Merkel: The German Chancellor is Time magazine's 'Person of the Year 2015.' Time described Ms Merkel as the "de facto leader of the European Union" and lauded her leadership over the Greece debt crisis and for opening Germany's doors to refugees and migrants.

"For asking more of her country than most politicians would dare, for standing firm against tyranny as well as expedience and for providing steadfast moral leadership in a world where it is in short supply, Angela Merkel is Time's Person of the Year," wrote Nancy Gibbs, managing editor of TIME. 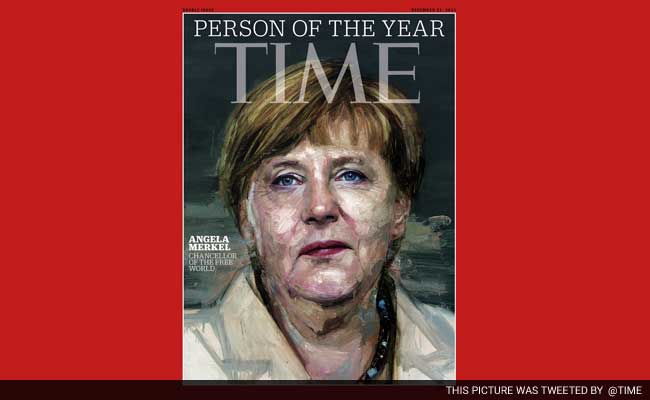 9. Aung San Suu Kyi: Myanmar's pro-democracy leader spent decades under house arrest before being released in 2010. In November 2015, she led the National League for Democracy to a landslide victory in the country's first openly-contested election since 1990. 70-year-old Suu Kyi, who was one of the world's best-known political prisoners for most of her 24-year political career, is constitutionally prohibited from the country's presidency. She has, however, vowed to govern the country from "above the president." 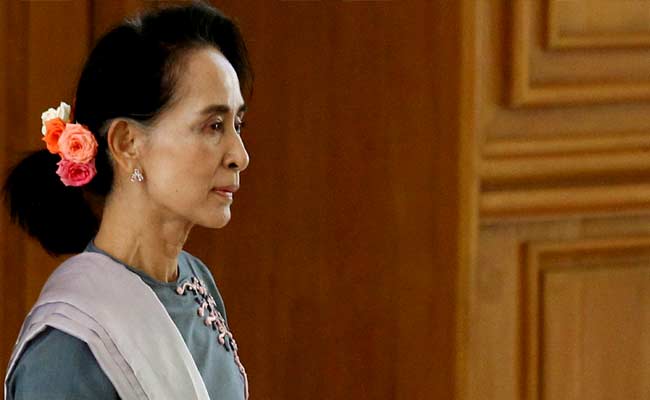 10. Pirelli models: In a stunning sign of the time, the Pirelli calendar, famous for displaying titillating photos of semi-clad models, featured women achievers instead in its calendar for 2016. Photographed by US photographer Annie Leibovitz, the calendar has been unanimously hailed for choosing to feature women such as tennis star Serena Williams, American comedian Amy Schumer - both of whom posed semi-nude - 82-year-old artist Yoko Ono, singer Patti Smith and Chinese actress Yao Chen. 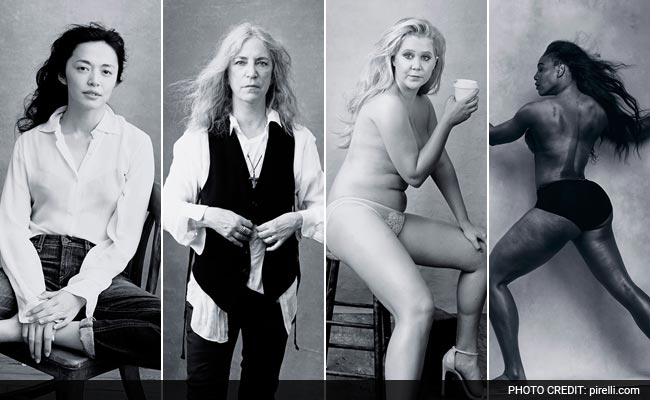 Watch: Dog Runs Away With Reporter's Mic On Live TV