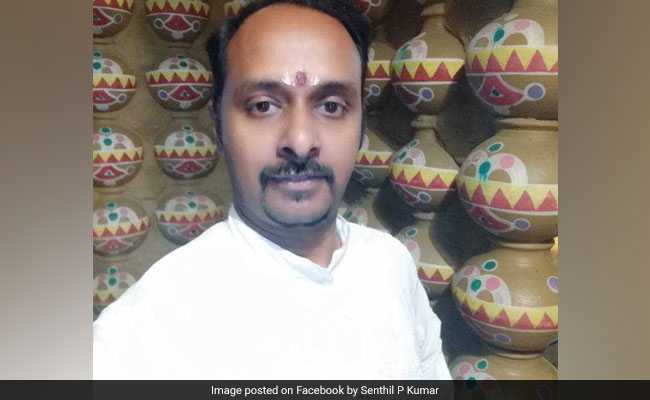 A professor of a private university here has been dismissed from service over allegations of sending lewd messages to girl and women students on WhatsApp and other social media platforms, varsity officials said Thursday.

The action was taken after considering the report of an internal inquiry held by the the Noida International University on Wednesday evening, 48-hours after it took cognisance of multiple social media posts against Senthil P Kumar, a professor and head of the physiotherapy department, the officials said.

NIU Registrar Prof Jayanand said the allegations against Kumar were from the period before he joined the university on July 2, 2018, and none of those pressing charges against him are working or studying in this university.

He said, however, the administration and the varsity management, which has always held the dignity of women and girls as top priority, commissioned a high-level internal inquiry committee and asked it to present a report at the earliest, considering the "sensitivity" of the matter.

"Prof Senthil Kumar appeared before the committee on May 8 to present his side but the committee was not satisfied with his response. In light of the evidences including conversations on email and WhatsApp, the committee recommended his expulsion from the university," he said in an official statement.

"The committee also said that sending such messages to women and girls is an unpardonable offence and the university has decided to dismiss his service with immediate effect and he would be barred entry on the campus," he added.

NIU Pro Chancellor Vikram Singh said there has been no such complaints from any student or staff of the NIU and stressed the varsity has a "zero tolerance" policy in these matters.

Allegations against the professor surfaced earlier this week on social media with at least 14 girls and women claiming that he had sent them lewd messages and called them "sweetheart" and "sweetu" among other adjectives.

The accused professor, who could not be contacted immediately by PTI for his response, has apologised for his "unintentional mistake" to the girls and women who have raised allegations against him.

In a purported video, he said, "My understanding of the psychology of the next generation (is) that you be friendly with them. I might have crossed the boundaries unintentionally".

"In my understanding of the sentiments of the girls, the language or the words which I used or the communication which I did to get close to them, my purpose was to motivate them to come forward and attend the events. It was wrong. I agree that. Everybody knows that mistakes are human and at the same time forgiving is also part of our culture," he said in the video message.

Kumar claimed that since the allegations surfaced, he has also got messages of support from students who said "sir, we know that you are not like that".

"I request all the girls and women to consider this as one last mistake because doing mistake is not a crime but if you don't learn from those mistakes then it is a crime. I assure I will not use such language in the future from today (May 6, 2019)," he pleaded.