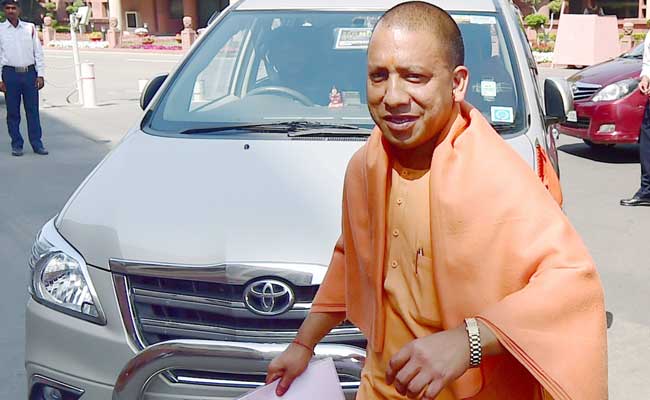 The case was registered by Hindu Yuva Vahini, an outfit founded by Yogi Adityanath.

Noida: A man has been arrested from Uttar Pradesh's Noida district for allegedly posting "objectionable" images of Chief Minister Yogi Adityanath on social media platforms.  This incident comes two days after the Bengaluru police registered a complaint against a woman for her social media posts, which depicted Yogi Adityanath in "poor light".

The man, identified as Rahat Khan, was arrested from Noida's Dankaur area on the complaint of the Hindu Yuva Vahini, an outfit founded by Yogi Adityanath.

The complainant accuses Rahat Khan of uploading the image on his Facebook page and posting objectionable comments about the Uttar Pradesh Chief Minister.

"A case has been registered and the accused has been arrested," said Rajpal Tomar, in-charge of Dankaur police station.

Two days ago, members of the BJP Yuva Morcha registered a complaint against a woman in Bengaluru for posting "obscene, morphed and tampered" images of Yogi Adityanath on social media.

The senior official added that the FIR has been registered under sections of defamation, promoting enmity on grounds of religion  and conducting mischief as well as offences under the IT Act, 2000.

Promoted
Listen to the latest songs, only on JioSaavn.com
Yogi Adityanath is the mahant or head priest of the Gorakhnath Math, a Hindu temple in Gorakhpur. He enjoys a massive influence in eastern Uttar Pradesh, which also included Prime Minister Narendra Modi's parliamentary constituency of Varanasi. Following the BJP's thumping victory in Uttar Pradesh, he took oath as Chief Minister on March 19.