The woman said she could not say anything at the time (December 2016) because she was "new in the job" and was "scared" to speak up. The accused, however, has alleged that the complainant woman and her fiance were trying to blackmail him and extort money. 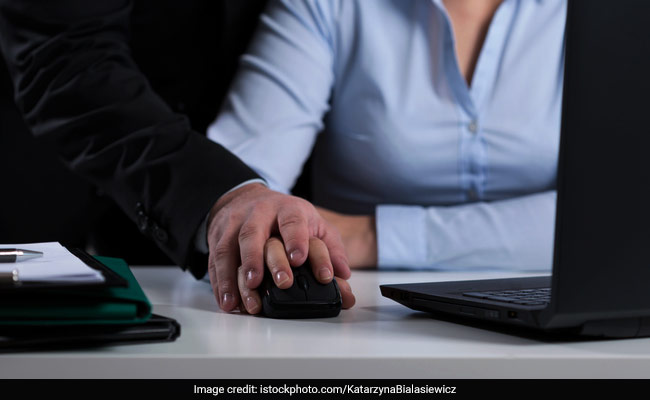 A former senior news producer of a private television channel was charged by the Noida Police for allegedly sexually and mentally harassing a junior reporter, officials said on Thursday.

The accused, however, has alleged that the complainant woman and her fiance were trying to blackmail him and extort money. He too filed a complaint with the police in neighbouring district Ghaziabad, according to officials.

In a written complaint to the Noida Police, the woman accused one of her former colleagues of ill-treating her in December 2016, prompting the police to register a first information report or FIR.

"He asked me about the shape of my body parts and told me that he was conducting a survey. But eventually, his questions kept getting worse. He also mentally harassed me in the office," she alleged.

The woman said she could not say anything at the time because she was "new in the job" and was "scared" to speak up.

"But when I got to know from some other women that he had done the same with them too, I decided to take this step, although the other women do not want their names to come up," she claimed.

The junior reporter said that even though the accused had "apologised" to her, she wanted "legal action against him, so that he does not repeat it with other women in the future".

The Noida Police, on the basis of the complaint, said that an FIR was lodged under Indian Penal Code sections 354 (assault or criminal force to woman with intent to outrage her modesty) and 509 (word, gesture or act intended to insult the modesty of a woman), besides invoking charges under the Information Technology Act.

"The FIR was lodged on Thursday and we have initiated a probe in the case. The statements of the complainant and accused will be recorded in a magistrate's court and evidence will be gathered during the course of the investigation," Station House Officer, Sector 20 police station, Manoj Pant told news agency PTI.

The accused too, has filed a complaint at the Indirapuram police station in neighbouring Ghaziabad. The complaint is against the woman and her fiance, Senior Superintendent of Police, Ghaziabad, Vaibhav Krishna said.

"He (the accused) has alleged in his complaint that the woman and her fiance were trying to blackmail him and extort Rs 25 lakh," the senior police official added.