The officials -- a sub-inspector and a constable -- were from the Sector 39 police station and deployed at the Amrapali police check post when the incident took place around 2.30 pm on Wednesday 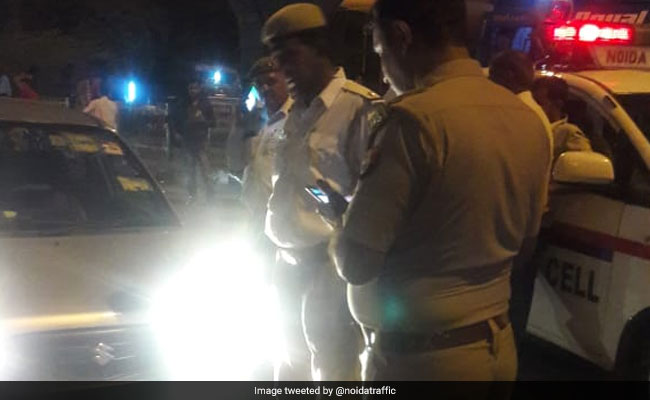 Officials clarified that the two recognised the police chief after reaching. (Representational)

Two police officials in Noida were suspended for alleged indiscipline after they apparently failed to recognise a vehicle of the Uttar Pradesh police chief on Wednesday, officials said.

Director General of Police (DGP) OP Singh was on his way to attend a meeting in New Delhi when he happened to cross the city, according to a senior Gautam Budh Nagar police official.

The officials -- a sub-inspector and a constable -- were from the Sector 39 police station and deployed at the Amrapali police check post when the incident took place around 2.30 pm on Wednesday, Senior Superintendent of Police (SSP) Ajay Pal Sharma said.

"The SI and the constable were not wearing their caps, which were kept in their gypsy, while they were on duty. They had failed to recognise the vehicle of the DGP and their approach was very casual during the episode. So they have been suspended for indiscipline," the SSP told PTI.

Dismissing the reports that the SI and the constable had argued with the DGP, Mr Sharma clarified that the two had recognised the police chief after reaching near the vehicle.

OP Singh, who has previously served in various organisations including the SPG (PM Security) and headed the National Disaster Response Force (NDRF) and Central Industrial Security force (CISF), was appointed as the UP DGP on January 1 this year.

Over 1,300 Challans Issued By Noida Police For Violation Of Covid Norms