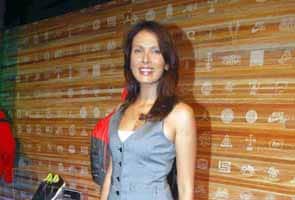 Mumbai: The mysterious and suggestive note allegedly penned by supermodel Viveka Babajee in her personal diary before her June 2010 suicide will come under fresh scrutiny now. Khar police revealed yesterday that they would analyse samples of handwriting from Vijay Palande, Gautam Vora and Simrin Sud, all three arrested in connection with the double murders of Arun Tikku and Karan Kakkad.

The objective of the analysis is to check if the handwriting of any of the three match with that found in the note that was till now believed to have been written by Babajee herself. The note had said, 'Gautam Vora, you killed me' and almost led to the implication of Vora for Babajee's death. The case of Babajee's unexpected death had been shut down by Khar police owing to the lack of rock-solid evidence against Vora.

Besides, Babajee's family had not filed a complaint against the man. But following the investigation and arrest of the deceased Babajee's boyfriend Gautam Vora in connection to the murder cases, Khar police have reopened investigations of the model's suicide and are revaluating the case, and are going through all the evidence with a fine toothcomb. The Khar police will also be recording fresh statements from all the witnesses again. Pradeep Sharma, owner of Babajee's apartment, Kartik Jobanpura, her ex-boyfriend and three others - Rohit Jugraj, Shweta Bhiku and Damyanti Babajee - had all been questioned after Babajee's shocking suicide.

'Dated Simrin'
Meanwhile, stockbroker Gautam Vora confirmed with cops on Monday that he had been in a relationship with Simrin Sud before he met supermodel Viveka Babajee. Under duress, Vora spilled the beans on his string of romantic relationships, saying that after he broke up with Sud, he was involved with Babajee, but broke up with her as well before moving on to another model. But he ultimately rekindled his romance with Sud. "We are now trying to find out Vora's exact link with Palande and Sud," said a Crime Branch officer.

On Tuesday, Crime Branch officers revealed that though they had called Vora for questioning on Saturday, he tried to wriggle out of the appointment by saying that he had to get to Delhi for a meeting. Instead of waiting for him to show up, cops went over to his residence on Sunday night and detained him. "If we would have waited for Vora to come to us, we would still be looking for him. He was planning to leave the city and apply for anticipatory bail," said a crime branch officer. 34-year-old Vora, who was arrested on Monday for allegedly helping Arun Tikku murder accused Palande escape from police custody, had quit his family's stockbroking firm ULJK days ago.

Unclear motive
The Crime Branch officers who are investigating the double murders revealed that they had found sufficient documentary evidence to nail Palande for the murder of Tikku, including a motive. However, they do not have sufficient documentary evidence yet to prove the motive behind Palande's murder of Kakkad. Palande has reiterated that he killed Kakkad to lay hands on his money, but no evidence has yet been found to indicate that this was the motive behind the murder. "We are not relying on Palande's statement, and have been in search of documentary evidence such as business papers or property deeds, which could confirm Palande's claim," said a Crime Branch officer.