Watch: Onion Theft Worth Rs 21,000 Caught On Camera In Mumbai

The theft was reported from two shops in Dongri Market. Onions worth Rs 21,160 were stolen, said police. 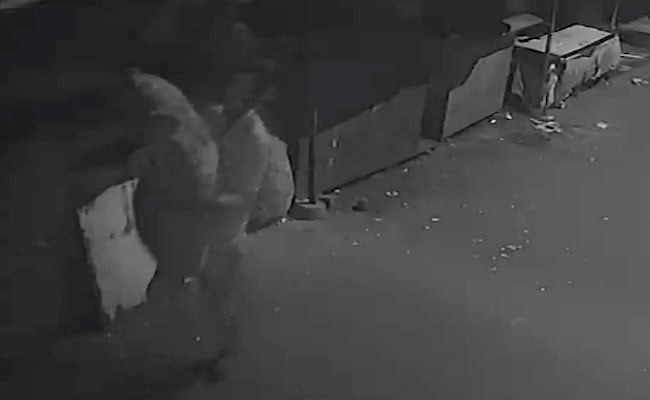 As onion prices continue to spiral, several thefts have been reported across the country in the past few weeks. One such case came across in Mumbai where the theft has been caught on a surveillance camera.

The theft was reported from two shops in the Dongri Market. Onions worth Rs 21,160 were stolen, said police. The cops used surveillance footage to trace the accused and two men have been arrested.

A CCTV footage dated December 5 shows a man entering a shop where several huge sacks of onions are kept. The man picks up one of the sacks and runs away.

"Mumbai police have registered a case of theft in Dongri police station under Section 379 of the Indian Penal Code (IPC). Total 168 kg onions valued around Rs 20,160 (according to the FIR) were stolen," the police said in a statement, news agency ANI reported.

Onions, now the staple of political debates besides the kitchen due to its skyrocketing prices, are now selling for as high as Rs 120 in many parts of the country. For the second week in a row, the prices stayed above Rs 100 per kg mark across major cities on Tuesday. The rates were as high as Rs 165 per kg in Goa's Panaji, news agency PTI reported.

The centre on Tuesday said that late arrival of monsoons has been one of the reasons for the shooting up of prices. "During 2019-20, there was a three-four week delay in sowing as well as the decline in sown area of the Kharif onion because of the late arrival of monsoon," Minister of State (MoS) for Consumer Affairs, Food and Public Distribution Raosaheb Dadarao Danve said.

Several thefts have been reported across the country amid spiraling prices. Last month, a trader in Maharashtra's Nashik complained to Madhya Pradesh Police that his consignment worth up to Rs 22 lakh was stolen.

In Madhya Pradesh, farmers have taken to guarding their crops by patrolling their fields night and day.