A farmer on Tuesday has alleged that thieves harvested and stole seven quintals of onions worth over Rs 30,000 from his field in Mandsaur in Madhya Pradesh. 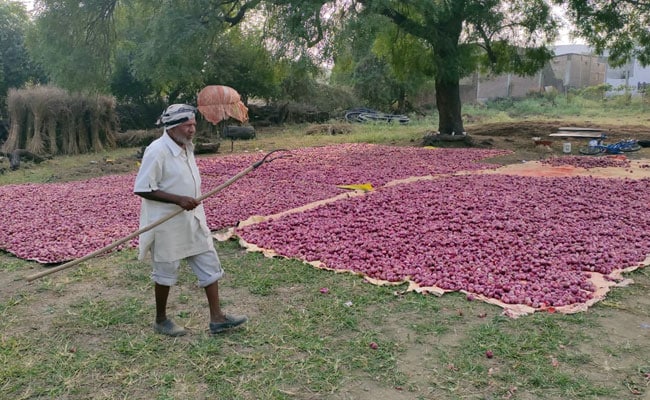 After cases of theft of onions were reported recently, farmers in Madhya Pradesh have taken to guarding their crops by patrolling their fields night and day.

A farmer on Tuesday alleged that thieves harvested and stole seven quintals of onions worth over Rs 30,000 from his field in Mandsaur in Madhya Pradesh.

The incident, which took place in the intervening night of Monday and Tuesday, is the second one reported in the state over the last few days. Farmer Jitendra Kumar has claimed the thieves took away his onion crop, weighing seven quintals, spread over four bighas (1.6 acres), Narayangarh police station in charge RS Bilwal said.

He said: "I went to Nashik this year and bought better quality seeds for a good onion crop, but a large part of my standing crop fell prey to thieves on Monday-Tuesday night, as they uprooted the crop worth around Rs 30,000 and left the remains near a nullah before decamping with the plucked onions."

Mandsaur police official Mankamna Prasad said the police are investigating the matter and the concerned police station in-charge will lodge a case in the matter after completing the on-spot probe.

Earlier last week, a trader from Shivpuri district had filed a police complaint claiming his truck carrying 40 tonnes of onions, worth Rs 20-22 lakh, was stolen while being transported from Nashik in Maharashtra to Gorakhpur in Uttar Pradesh.

An onion farmer in Khandwa district also reported a theft case where onions worth Rs 2,000 were stolen from his field in Dondwada village.

Following these incidents, onion farmers have started guarding their standing and harvested crops in villages like Dondwada, Haidarpur, Mokalgaon, and Chamati in Madhya Pradesh.