Mumbai was pounded by severe rain all day on Tuesday, crippling train and road traffic. 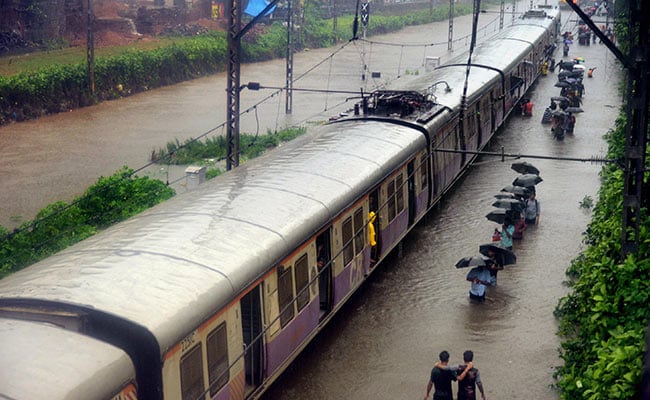 Trains in Mumbai were disrupted as rail tracks were flooded due to the non-stop rain.

Mumbai: Mumbai on Tuesday recorded 298 mm of rainfall, the highest in a day in August since 1997, according to data from the India Meteorological Department or IMD.

The Santacruz weather station gauged a whopping 298 mm of precipitation. This was second only to 346.2 mm of rainfall registered on August 23, 1997, the data showed.

The IMD's Mumbai unit has data on rainfall since 1974.

The figures recorded at the Santacruz weather station in the suburbs represent the overall figure for Mumbai. The department also has a station in Colaba, which is representative of south Mumbai.

"Today's rainfall was extremely heavy. Rains are likely to be heavy tomorrow as well and may abate by late afternoon.

"We are closely watching the rainfall and its pattern. People are surprised as heavy rainfall in Mumbai is generally witnessed during June and July," Ajay Kumar, director, Regional Meteorological Centre, Mumbai, told PTI. 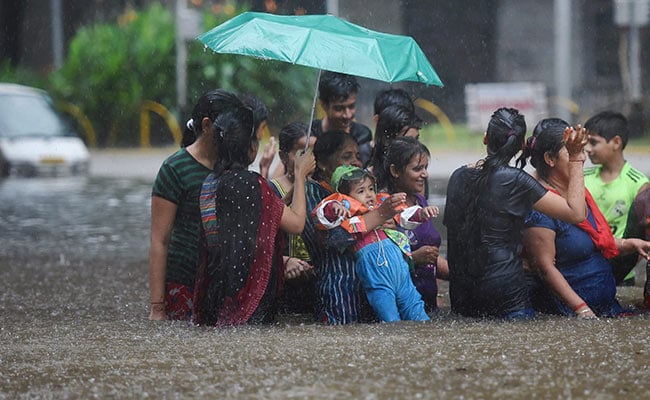 Mumbai residents braved waist-deep water in many parts of the city.

The IMD said the well-marked low pressure area over the Mumbai region is likely to be upgraded to "depression", which would mean more rains.

No deaths or injuries were reported in Mumbai but news agency PTI said in neighbouring Thane, a 32-year-old woman and a teenage girl died and two others were injured in rain-related incidents.

Incessant rain flooded several parts of Mumbai and paralysed train services used by lakhs of commuters daily, with many stranded at stations and hundreds of others walking home through waist-deep water on railway tracks.

Thousands, some abandoning their water-logged cars, waded through waist-deep water to reach home.

The flooding lead to some power outages in parts of the city with the municipal corporation warning of more such cuts if water levels continued to rise.

Mumbai on Tuesday recorded 298 mm of rainfall, the highest in a day in August since 1997, according to data from the India Meteorological Department or IMD.