Mumbai rains: Western Railway managed to stay afloat and chug along despite the city notching over 1,000 mm rainfall in the past 72 hours. 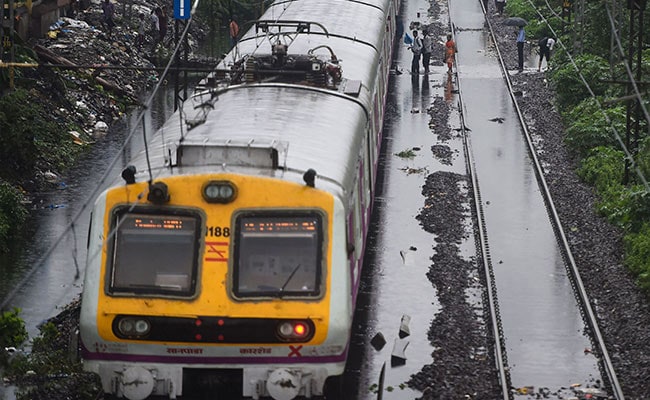 Mumbai rains: After incessant rains for 3 days, Mumbai is limping back to normalcy.

Heavy rains lashed Mumbai in the last three days leading to heavy traffic jams, water logging and cancellation of buses, flights and trains that paralyzed the city. While the Central Railway, one of the lifelines of the commercial capital, notified the passengers of delays and short termination of certain services, the Western Railway's services were normal, giving much respite to the commuters.

The Western Railways called it a "monsoon miracle".

"This year, almost like a monsoon miracle, Western Railway managed to stay afloat and chug along despite the city notching over 1,000 mm rainfall in the past 72 hours," it said in a tweet.

After incessant rains for three days, Mumbai is limping back to normalcy today. "Public transport services have resumed and suburban trains and BEST buses were running according to schedule," a senior Brihanmumbai Municipal Corporation official was quoted as saying by news agency PTI.

The Central Railway has decided to operate its suburban services in Mumbai division on Sunday time table, which means it will ply fewer trains, compared to weekdays when trains are run in full capacity.

"In view of IMD forecast of very heavy rainfall coupled with high tide on Wednesday, Central Railway will run suburban services on July 3 in Mumbai Division as per Sunday timetable," chief spokesperson of Central Railway Sunil Udasi was quoted as saying by news agency PTI.

Special suburban services will be operated if the need arises, he said.

A high tide is expected to hit the city around noon.

Maharashtra Chief Minister Devendra Fadnavis said that in the past 12 hours, the city has received an unprecedented 300 to 400 mm rain, the highest in the past decade.

"The existing drainage systems are unable to cope with such a heavy downpour, coupled with a high tide this afternoon," he said.

More than 20 people were killed early yesterday morning after the rains led to the collapse of a wall in Mumbai's Malad East. Three others were killed in a wall collapse incident in Kalyan in Thane district.

The Chief Minister announced a compensation of Rs 5 lakh to the families of those killed in the wall crash.

Private weather agency Skymet said Mumbai is at "serious risk of flooding" between July 3 and 5. "Close to 200 mm or more rain per day is likely during this period, which could hamper normal life," it said.