Building Collapse in Khar: The incident took place around 2.20 pm, when a part of a staircase at the building came crashing down, said a fireman. 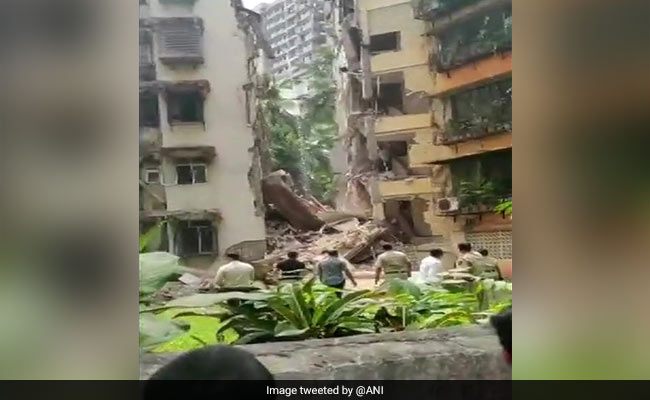 Mumbai Building Collapse: A part of staircase of a building collapsed in Khar (West) this afternoon.

A 10-year-old girl died after a building in Mumbai's suburban Khar area collapsed this afternoon, a fire brigade official said. Nearly two dozen residents of the building were rescued, he said.

The girl, Mahi Motvani, was trapped under the debris of the five-storey apartment building located near Khar Gymkhana. She was declared dead at the Lilavati hospital. The building has been vacated as a precautionary measure.

"We rescued 21 people using a fire ladder. Two people were injured and taken to Bhabha Hospital. One of them has been discharged," the official said.

The incident took place around 2.20 pm, when a part of a staircase at the building came crashing down, said a fireman.

Four fire engines along with rescue vans, an ambulance, local civic officials, National Disaster Response Force (NDRF) and police personnel have been pushed to the spot, he added.

We All Warded It Off: Uddhav Thackeray After Cyclone Nisarga Passes Over