According to police, the incident occurred on Sunday morning when a seven-months pregnant woman and her husband were travelling in the compartment reserved for disabled persons. 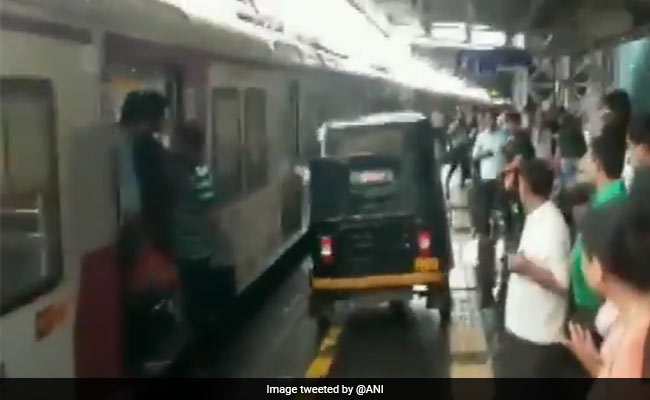 The Auto driver who was initially charged was released on bail with a warning.

In a humanitarian gesture, an autorickshaw driver in Mumbai drove his vehicle on to the Virar railway station platform to help a woman who went into premature labour.

The driver was identified as Sagar Kamlakar Gawad, 34, a resident of Dongarpada in Virar (West).

#WATCH Mumbai:Auto-rickshaw driver took rickshaw on platform at Virar Railway Station on Aug4 to pick a pregnant woman to take her to the hospital.RPF didn't arrest him immediately as the "lady was in extreme labour pain,but he was later arrested&released with a warning by court" pic.twitter.com/eckppwGtr2

According to police, the incident occurred on Sunday morning when a seven-months pregnant woman and her husband were travelling in the compartment reserved for disabled persons. Due to delay in services caused by incessant rains in the area, the train had halted at the station when the woman started developing labour pain.

"Seeing his wife's condition, the husband started panicking and rushed out of the compartment to ask for help. He found Gawad, whose auto was parked in the space allotted by Western Railway (WR) right next to platform number two. He urged Gawad to help him, following which, he brought his autorickshaw on the platform and rode towards Sanjeevani Hospital in Virar," said police inspector Praveen Kumar Yadav, Virar RPF.

The woman delivered a premature baby in the hospital. Later, the Railway Protection Force (RPF) arrested Gawad for violating rules. He was also produced before the court on Monday but was released on bail with a warning. "Even though Gawad's intentions were good, he has violated the rules. Driving on the platform could have injured commuters," said Mr Yadav.

Sagar Kamlakar Gawad was charged under Sections 154 (rash travelling or negligent act) and 159 (disobedience of drivers) of the Railway Act, 1989.