At least eight fire engines were pressed into service and the flames were brought under control after 45 minutes, a fire official said. 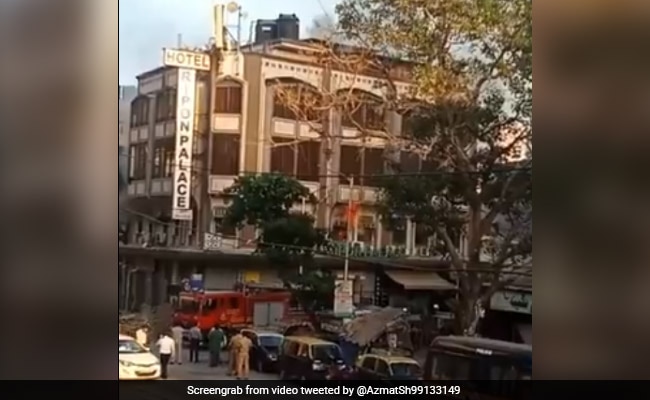 The fire started in the four-storey hotel at around 6.20 pm

Twenty-five quarantined people and two others were rescued from a hotel in Mumbai Central after a fire broke out in the ground-plus-three building today evening, a senior official said.

The building was being used as an isolation centre for suspected coronavirus patients.

No one was injured in the fire which started on the first floor of the hotel around 6.20 pm, the senior fire brigade official added.

At least eight fire engines were pressed into service and the flames were brought under control after 45 minutes, he said.

The fire was confined to electrical wiring, installations, beds, wooden furniture and air-conditioners on the first floor.

"25 people quarantined there were safely evacuated. Two employees were rescued from a room on the third floor," the official said, adding that cooling operations were on.