In Mumbai, A Citizens' Campaign To Fill Potholes On City Roads

Potholes in Mumbai and neighbouring cities like Thane and Kalyan grab headlines every year during monsoons.

While accusations and counter-charges fly over the dismal state of roads in and around Mumbai and continue to cost lives, two citizens have literally taken the matter into their own hands.

Irfan Machchiwala and Mushtaq Ansari have undertaken a campaign to fill potholes in the city, news agency ANI reported on Monday.

"Both of us have been doing it as part of our social responsibility. We started by filling 20-25 potholes in April this year on Western Express highway," Mr Ansari told ANI. 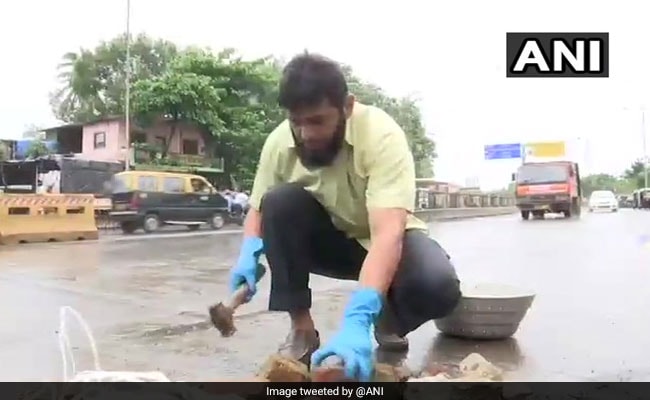 Potholes in Mumbai and neighbouring cities like Thane and Kalyan grab headlines every year during monsoons but civic and state authorities struggle to maintain aging or poorly-constructed roads.

At least five people have died in Maharashtra due to potholes this monsoon.