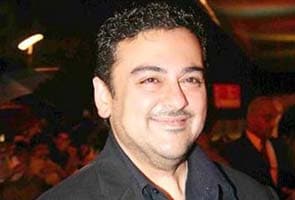 Mumbai: There is trouble unlimited for Pakistani singer Adnan Sami. First his house at Oberoi Sky Garden in suburban Mumbai was confiscated by the Indian government for violating foreign exchange rules and few days later his ex-wife Sabah Galadari paid him an unexpected visit along with her lawyer Edith Day.

Recounting the events of Sunday afternoon, Adnan said: "It was around 12.30 p.m. I was having brunch with my wife Roya when the doorbell rang insistently and there was also some uncivil pounding on the door. I won't say I was surprised to see Sabah with her lawyer. She hadn't done anything to make my life miserable for some time now. And I knew she must be restless. Anyway, there she was with her lawyer, asking...no demanding that I allow her to enter the house."

"Now, either her lawyer is ill-informed or misinformed. Because my home has been confiscated by the government of India under FEMA (Foreign Exchange Management Act) and she too has been barred from occupying any of part of my home."

The Sunday siesta mood was shattered as voices were raised and tempers began to rise. Adnan refused to allow Sabah or the lawyer into the home.

"How could I allow them to enter? I mean, come on...don't they understand the law? Her earlier claims over my property have been nullified by the FEMA order. In fact, the FEMA document clearly states her position vis-à-vis the property. (A copy of the FEMA document has been provided to this writer).

"At one point during our exchange in the corridor outside my home Sabah's lawyer asked me if I was recording their conversation on my cellphone. Any lawyer who has ever been in a courtroom knows such recordings have no credence in a court of law. I feel sorry for Sabah. She's clearly being ill-advised and misinformed," said Adnan.

Adnan didn't allow his unannounced guests to enter the home.

He said: "I explained as gently as I could that under the FEMA order, the property has been confiscated. I advised her to obtain a clarification from the courts rather than trying to bulldoze in. I told her, 'I am a law-abiding citizen and I am not going to allow you to break the law'."

Apparently Sabah called the cops and the press. Wisely Adnan's wife Roya elected to stay out of the fracas.

"The dates are very important. On 15 June, 2010 the Family Court permitted Sabah Galadari to visit the 13th and 14th floors of Oberoi Sky Garden. Against that we went in an appeal and they also went in for a writ. And a single judge of the high court passed an order saying there's no question of her being allowed into the 13th and 14th floors at Oberoi Sky Garden," said Krishnan.

"The judge said Sabah only had to be provided sufficient shelter by Adnan and that she could stay on the 12th floor of Oberoi Sky Garden or his old house Ankita Apartments. Against this they went to the division bench of Bombay High Court. And on 22 December, 2010 the High Court stayed the single judge's order. We had decided to go to the Supreme Court, and now this happens!

"In between a FEMA order, which came to us and to them (Sabah Galadari and her lawyer) on 24 December confiscated his properties because he is a Pakistani citizen.

"In the same judgement in paragraph 14, Sabah said that when the flats purchased by Adnan in 2003 she was in Dubai and that before she joined Adnan again in 2007 in Mumbai she had no idea of the purchase of these flats. Before this she was claiming she had paid for the apartments and that Adnan had gifted her the apartments and that they were, therefore, hers," Krishnan said.

"Through the FEMA order the entire truth about Sabah's claims came out because if she continued to claim she had paid for the property she would have to pay a heavy penalty to the government of India to the tune of Rs.15 crore. It's all very well for a woman to make a drama out of her situation to gain sympathy. But one can make a case of perjury for providing false facts to the courts," Krishnan added.

So, what according Adnan's lawyer does Sabah's Sunday visit to Adnan's home entail?

Krishnan explained: "It's very simple. Since according to the FEMA order Adnan doesn't own the property, he couldn't gift it to anyone. Adnan as a Pakistani was disqualified from holding these flats, therefore Sabah was disqualified from receiving them as gifts. She can't claim these properties.

"If Adnan had permitted her to enter and stay then he'd have been guilty of trying to alter the status of a property after the FEMA order. The lawyers had advised Sabah wrongly by trying to overrule the FEMA order. Adnan told Sabah's lawyer that she can't enter because it would've been a violation of a government of India. And when she prevented her she threatened to go to the press and police."

Now Adnan Sami has to approach the High Court for forcing herself on confiscated property.
Comments
Adnan SamiMumbaihomeconfiscatedex-wife