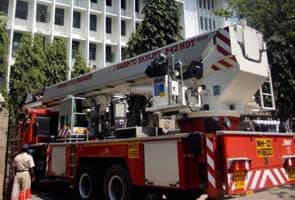 The fire at the Mumbai Mantralaya has been brought under control.

The fire broke out on the fourth floor of the building, which was immediately evacuated. Fire engines rushed to the spot and brought the fire under control within minutes.

The office of Tribal Development and Town Planning department is on the fourth floor. Few people, including labourers working on the reconstruction of the floor after last year's fire, were present in the building.

Promoted
Listen to the latest songs, only on JioSaavn.com
This is the second time a fire has started in the Mantralaya. Last year, thousands of files were destroyed after a fire ravaged the top floors of the secretariat that housed offices of the Chief Minister and other important ministers.