In Mumbai's Dharavi earlier this week, a speeding car lost control, ran into passersby on road and hit other vehicles leaving 5 injured. 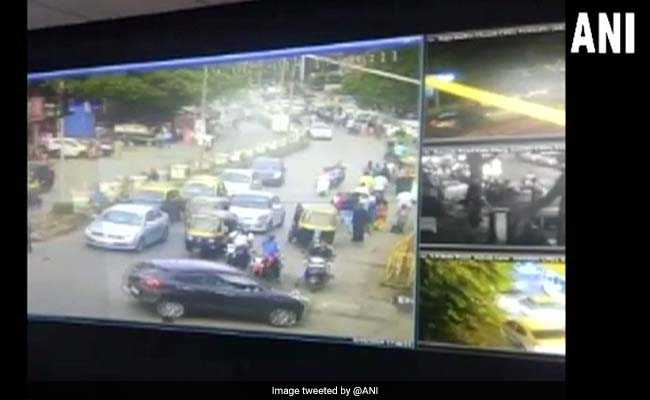 A speeding car loses control and runs into people in Mumbai.

In a major accident in Mumbai's Dharavi earlier this week, a speeding car lost control, ran into passersby on road and hit other vehicles. Five people were left injured with two of them critical, reports news agency ANI. The driver has been arrested and the case has been registered with the police.

Promoted
Listen to the latest songs, only on JioSaavn.com
In the CCTV footage dated June 19, a car can be seen running into people, then hitting an autorickshaw, a bike and another car before coming to a halt at a traffic light junction. A woman on the co-passenger seat can also be seen jumping out of that car. People, gripped by panic, can be seen running around. While some get hold of the driver, others can be seen rushing to the aid of the ones hit.

Here's the CCTV footage of the accident:

Last week, a 52-year-old police officer was critically injured when a speeding car, which he tried to stop, allegedly hit him and dragged him for over 500 metre in Bhopal. Instead of stopping the car, its driver accelerated and allegedly hit the officer. The car driver later fled the spot along with the vehicle.