150 Passengers Stranded At Mumbai Airport Due To Flight Delay

A few passengers fought with the Air India staff as there was apparently no update given to them regarding departure. 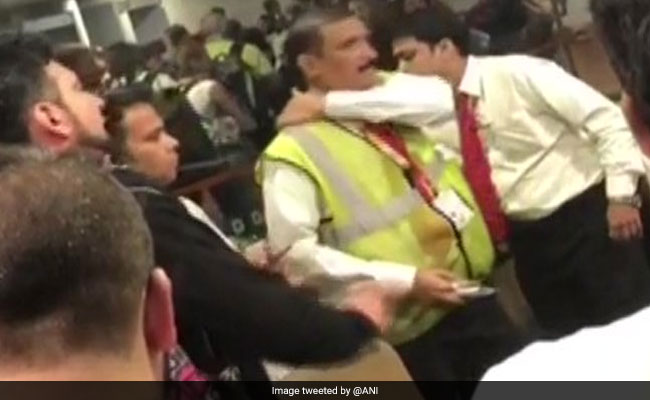 A few passengers reportedly fought with Air India staff as they were not briefed about departure time.

At least 150 passengers of Mumbai-Dubai bound AI 983 flight of Air India were stranded at Mumbai's Chhatrapati Shivaji International Airport after their flight, which was scheduled to depart at 8 pm on Thursday, failed to take off following a technical problem in the aircraft.

After waiting at the airport for several hours, a few passengers later fought with the Air India staff as there was apparently no update given to them regarding departure.

"We have been waiting at the airport since a long time. There is a three months old baby among other kids, who are travelling. However, there is nobody here to give us an answer as to when the flight will take off. Even they gave us bad food to eat. The airport staff is dealing unprofessionally and even told a few to refund their money from the sites they booked," a lady passenger was quoted by news agency ANI.

The flight finally took off at 7 am on Friday, after a delay of 10 hours and 21 minutes, flight tracking site FlightStats.com said.