Israel's Counsul General in Mumbai Ya'akov Finkelstein says the attack has not dented Israel's relation with India and even today people from Israel feel safe and secure here. 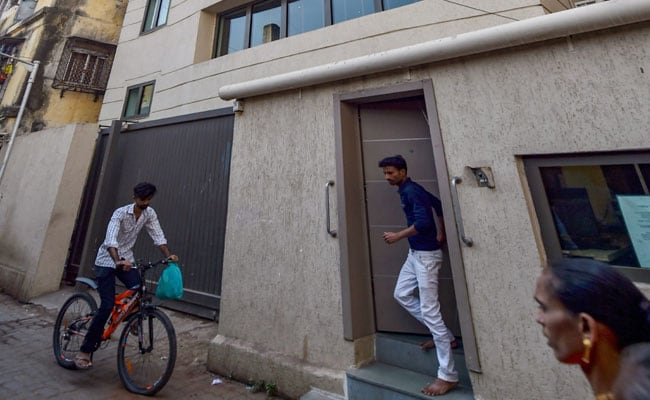 Rex Bakery, opposite the Chabad House building, was given a fresh coat of paint but the bullet marks on its wall were circled carefully in red, a symbol of the city's spirit of defiance, on the tenth anniversary of the Mumbai terror attack.

"We condemn the 26/11 terror attack on Mumbai," reads a message on the wall painted by Kuresh Zorabi, who runs the bakery.

The five-storeyed Chabad House building continues to stand tall in a quaint lane at Colaba in south Mumbai after it was attacked by Pakistani terrorists on November 26, 2008.

Israel's Counsul General in Mumbai Ya'akov Finkelstein says the attack has not dented Israel's relation with India and even today people from Israel feel safe and secure here.

"The terror attack brought India and Israel even closer. Terrorists thought they could break our spirits or come between us but actually the opposite (happened). What impression we get from our local community is that they feel secure, and welcomed in Mumbai," Mr Finkelstein said.

"The impression is that, they (Israelis) do not feel a problem in visiting Mumbai or India. Many Israelis love coming to India for touring and the numbers are only growing. No one has raised issue of security here," he says.

According to him, there are about 4,000 Indian Jews in the city.

Echoing his views, Samsun Mosses, a local Jew said, "There are security measures in place here (at Chabad House). We like coming here. There is no issue of security or safety."

The street now has several CCTV cameras. There also a a number of mobile shops at its entrance and a temple as an added attraction but what remains unchanged is a hair salon and the bakery.

"The Indian authorities have taken up this step (of beefing up security). There is greater awareness in the public and the authorities regarding terror (attacks) and the aim is to prevent future attacks, not just against Jews but everyone," Mr Finkelstein says.

He said the Chabad House was organising an event to commemorate the tenth anniversary with the Jewish community.

Mr Finkelstein says, "We were all victims. Terrorists are blind, they do not distinguish between anyone. We should stand united against terrorists and fight terrorism together and that is exactly what India and Israel are doing."

As a counsul general, he says his aim is to promote the country's relationship with the western part of India and he is closely working with government, businessmen, Bollywood celebrities and others.

Their son Moshe, who was two-years-old at that time, had survived the attack after being rescued by his Indian nanny, Sandra Samuel.