Read inOther Languages
This Article is From Oct 13, 2019 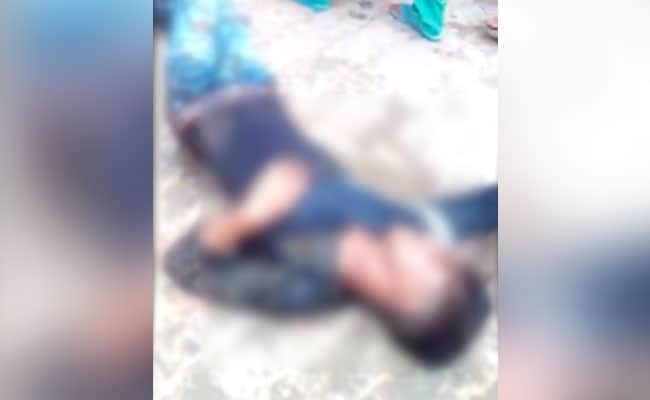 A man was killed when a motorcycle that he was riding hit an electricity pole while trying to flee after hitting a teenage boy in Uttar Pradesh's Meerut, sources said. Two more men who were on the motorcycle suffered injuries but are out of danger, sources said.

Angered by the accident, some villagers thrashed the two men. In a mobile phone video taken by an eyewitness, the villagers numbering some 20 men are seen thrashing the two men. The villagers hurl abuse at them as they continue their attack. The motorcycle lies on its side near a hand-pump across a concrete drain.

"The (motorcycle) rider lost his balance on a speed-breaker and hit a boy who was standing on the road. In panic, he tried to accelerate away as the villagers ran after him. But he hit an electric pole and fell. He died after he was taken to a hospital," senior police officer Akhilesh Narayan Singh said.

He said the boy who was hit by the motorcycle is in hospital. The police are investigating the matter. A case has been filed.