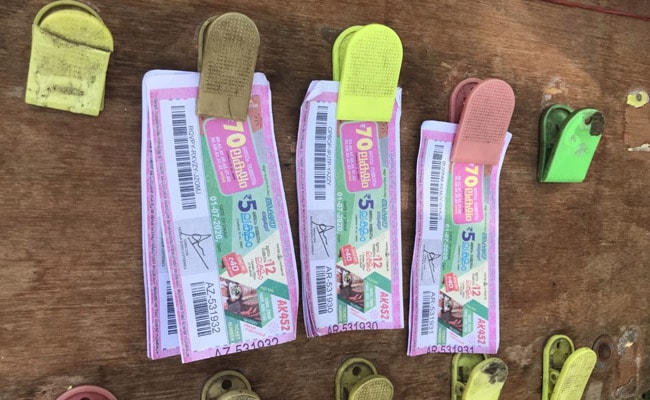 Karunya lottery, the profit of which are being used for the social and humanitarian initiatives of the state government, carries a first prize of Rs 80 lakh and a second prize of Rs 5 lakh this week. A third prize worth Rs 12 lakh will be awarded to 12 winners.

The Karunya lottery tickets were sold for Rs 40 by various registered agencies of Kerala State Lotteries. The tickets will be available for sale till today afternoon. After that, the agencies will sell WIN WIN lottery tickets of which the draw has been scheduled for Monday.

Step 2: Click on the Kerala lottery results' link given on the homepage

Step 3: On next page open, click on the Karunya lottery result link

Step 4: Check your Karunya lottery result from next page open