Complaint Against Kolkata BJP Leader For "Beating" Man At Pub

Anupam Hazra has been also booked for allegedly snatching the man's gold chain following a brawl over clicking selfies with him at a pub. 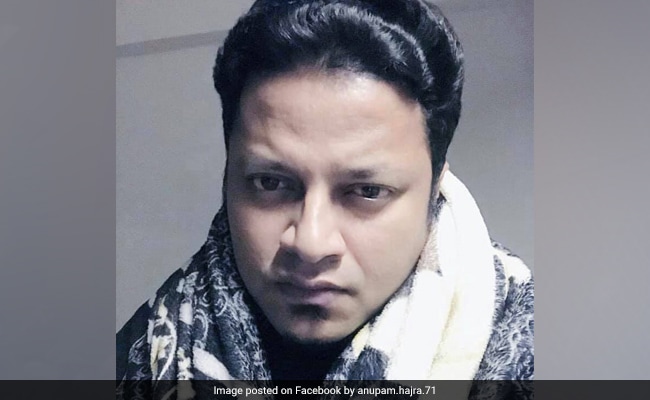 Anupam Hazra dismissed the charges and alleged that the complainant was "fully drunk".

BJP leader Anupam Hazra has been booked for allegedly beating up a man and molesting his girlfriend at a pub in the city, police said on Monday.

Mr Hazra, a former Trinamool Congress MP, has been also booked for allegedly snatching the man's gold chain following a brawl over clicking selfies with him at a pub on Ho Chi Minh Sarani late on Saturday night, a senior police officer said.

A complaint has been lodged by Suresh Roy, a resident of Kasba area, on Sunday following which police has started an investigation into the incident, the officer said.

In his complaint, Mr Roy said he met Mr Hazra during a visit to the pub with his girlfriend and friends on Saturday night and had taken selfies with the politician, he said.

"Roy mentioned in the complaint that sometime after taking selfies with Hazra, the BJP leader came up to the complainant and asked him the reason for clicking his photographs. Roy said Hazra then verbally abused him and punched him on the face," the officer said.

Mr Roy alleged that after beating him up, Mr Hazra had molested his girlfriend and also snatched his gold chain that was around his neck, he said.

"We are scrutinising CCTV footage of the pub and are also speaking with its manager and people present there during the incident," the officer said.

Mr Hazra, when contacted, dismissed the charges and alleged that the complainant was "fully drunk" when he approached him for a selfie.

"My security guards initially did not allow him (Roy) but when he kept on requesting for a selfie, I told them to let him click it. After taking the selfie, he went to his table.

"However, one of my security guards saw him taking videos of me from his table and sending them to someone. It was then we complained to the pub manager about it who drove the group away from there," Mr Hazra said.

Dismissing the allegations, Mr Hazra said, "There has been no such incident. Because I am a BJP leader, police has registered such a complaint. No officer has contacted me till now."