'You're Given 6 Months To Convert To Islam': Writer Gets Threat Letter

The letter was sent to Mr Ramanunni's Kozhikode residence six days ago. 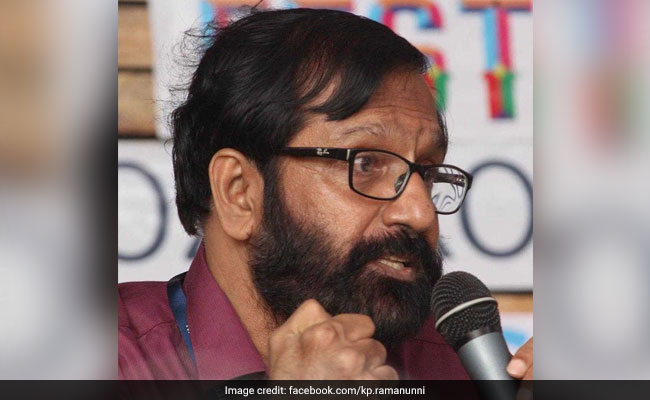 Thiruvananthapuram: Renowned Malayalam author KP Ramanunni lodged a police complaint regarding an anonymous threat letter warning him that his right arm and left leg would be chopped off if he did not convert to Islam within six months.

The letter was sent to Mr Ramanunni's Kozhikode residence six days ago.

The writer said though there was no indication as to who was behind the letter, it was understood that it was posted from Manjeri in Malappuram district.

"I am not aware of the motive behind the letter. I filed a complaint with the Kozhikode city police commissioner today, urging him to look into the matter," he told PTI.

Mr Ramanunni said though he had ignored the letter initially, other senior writers advised him to file the police complaint.

The letter alleged that some of the recent articles written by the award-winning writer amounted to "misleading" the Muslim youth.

It also warned that Mr Ramanunni would meet the same fate as that of professor T J Joseph, whose right arm was chopped off by the members of a radical Muslim outfit for allegedly hurting their religious sentiments through a question paper he had set.

"Like T J Joseph, your right arm will be cut off...your left leg too. You are given six months to convert to Islam. If you do not embrace Islam, we will inflict Allah's punishment on you," the letter said.

The police said a probe was launched on the basis of Mr Ramanunni's complaint.

The right arm of Joseph, who was a professor in the Thodupuzha New Man College, was chopped off while he was returning home from the Sunday mass at a church in Muvattupuzha in Ernakulam district on July 4, 2010.

Promoted
Listen to the latest songs, only on JioSaavn.com
A novelist and short story writer, Mr Ramanunni is a recipient of the Kerala Sahitya Academy Award and Vayalar Award among other literary acclaims.

A film was also made on his debut novel, 'Sufi Paranja Katha', which revolved around the love story of a Muslim man and a Hindu woman.