G Sudhakaran, known for his sharp tongue, made the comments about the Sabarimala tantri at an inaugural speech at a cultural event in Kerala's Alappuzha. 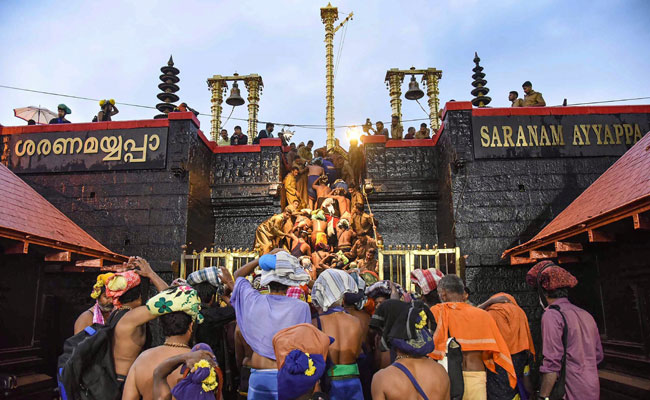 In Sabarimala, donkeys carry most goods from the base camp at Pamba to the hill temple

G Sudhakaran, known for his sharp tongue, made the observation at an inaugural speech at a cultural event in Kerala's Alappuzha.

The minister has been cut up with the Sabarimala tantri family ever since they threatened to close down the temple in case a woman in the age group 10 to 50 arrives to pray at the shrine in line with the Supreme Court verdict.

The members of the Kantararu family hold the tantric rights of the Sabarimala temple. The present chief tantri is Kantararu Rajeevaru and it was he who made the offending remark.

Mr Sudhakaran said they (tantris) do not appear to have any attachment or concern towards Lord Ayyappa.

"At the temple town, it is the donkeys that do most of the work. Till date they have not gone on any protest. After their hard work they take rest near the Pamba river. These donkeys have more grace than the tantri," said a fuming Sudhakaran.

At the temple town, donkeys carry most goods from the base camp at Pamba to the hill temple.