Amid Deaths And Scares, Kerala Doctors The Real Warriors In Battle Against Nipah

This is unprecedented when compared to the outbreaks seen across the world, said Health minister KK Shailaja on Nipah virus 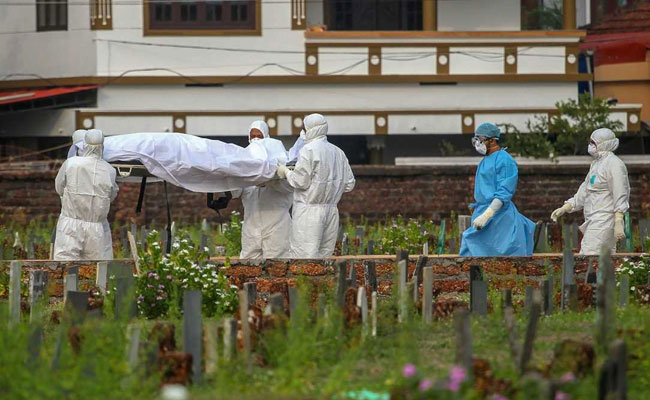 Doctors and healthcare providers worked tirelessly ensured that the patients had dignity in death.

"Of the 18 confirmed cases, 16 people died and two have survived. They have tested negative after days of critical care. But they will be under observation for at least 21 days," Kozhikode Additional District Medical Officer Asha Devi said.

A 19-year-old nursing student, who was interning at the Medical College in the beginning of May when the first patient was brought in, is among the two who have tested negative for Nipah. However, the carrier for the virus in Kozhikode remains unidentified.

Health Minister KK Shailaja has acknowledged the role of doctors, their swift action and tireless efforts in "containing the outbreak".

"It's because of so many health officials, doctors, nurses and support staff, who tirelessly worked day and night, that we have been able to contain the outbreak so swiftly. This is unprecedented when compared to the outbreaks seen across the world. Be it private hospitals or government, or the state and central governments -- all worked as a team," Ms Shailaja said.

As Kerala battled a Nipah outbreak, witnessed for the first time in the state, health officials went beyond their call of duty to help families.

Dr RS Gopakumar, a health official with Kozhikode Corporation, oversaw the funerals of eight confirmed Nipah patients and four negative cases and even conducted the last rites of three patients, who later tested negative for Nipah, as their families were too scared to be near them.

"It was painful to see that the families of the patients weren't around their loved ones for their last rites. As a doctor, it was my duty to ensure that they had dignity in death. One of the deaths involved a negative case of a 51-year-old receptionist at Balussery hospital. His family didn't want to come for the funeral, so two of my colleagues and I did their last rites," Dr Gopakumar, 41, told NDTV.

Kerala has been appreciated for its handling of Nipah. Dr Anoop Kumar and his team from Baby Memorial Hospital, who played a crucial role in its early diagnosis, sample testing and alerting the government, have got a special mention.

"We got the first patient on May 17 and he was in critical care for encephalitis. But he wasn't responding well to the treatment. He mentioned that his brother had died a few days ago. He also said that three of his family members had fever. We urgently called them to the hospital. Their condition worsened by evening. We sent their samples for testing. The next morning, our team of doctors suspected it to be Nipah based on the literature available and their symptoms. However, the man died that afternoon. Later, the lab reports confirmed Nipah," 40-year-old Dr AS Anoop Kumar told NDTV.

Within a few hours of receiving the alert, the entire state machinery, medical practitioners in Kozhikode, including Medical College, government officials, swung into action, in accordance to the protocol, Ms Shailaja said.
Comments
Nipah In keralanipah outbreaknipah in control