The woman, who broke gender stereotypes when she led the prayers, said she had been receiving death threats on WhatsApp, Facebook and YouTube but was not afraid. 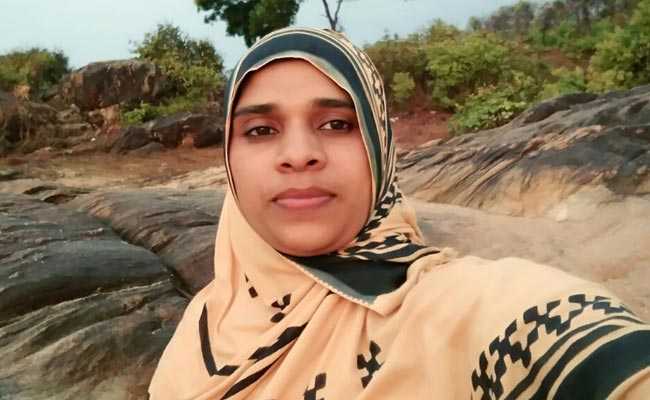 Jamitha, 34, is the general secretary of the Quran Sunnat Society.

Malappuram: A woman facing death threats for leading the Friday prayers last week says she will not be cowed down by the intimidation and will continue to lead the 'Jumu'ah' congregation.

Jumu'ah prayers, held every Friday, are usually led by men.

"Comments and threats have been posted on social media saying I should not be allowed to live... that I should be burnt alive as I am destroying Islam," Jamitha told PTI.

The woman, who broke gender stereotypes when she led the prayers, said she had been receiving death threats on WhatsApp, Facebook and YouTube but was not afraid.

She said she would not be cowed down by the threats and would continue to lead the prayers.

"Those who are attacking me through social media are cowards," she said, adding that she had not filed a police complaint.

Popularly known as 'Jamitha teacher' in the area, she said the Quran does not discriminate between men and women and Islam doesn't stop women from becoming imams.

About 80 people, including women, had attended the prayers, led by the woman 'Imam', Society sources had said.

The Quran Sunnat Society is associated with Chekkannur Maulavi, a progressive Islamic cleric from Edapal in the Muslim dominated district, who went missing after being abducted in 1993.

The CBI, which probed his disappearance, concluded that he had been murdered and his body disposed of in a mysterious manner.

Promoted
Listen to the latest songs, only on JioSaavn.com
Jamitha's radical move has kicked up a wide debate on social media.