Trump Says He Rejects Feminism Because He Is "For Everyone"

Author and professor Cheris Kramarae once famously said: "Feminism is the radical notion that women are human beings." Donald Trump and many of his supporters, however, have reduced feminism to an ideology rooted in hostility toward men. 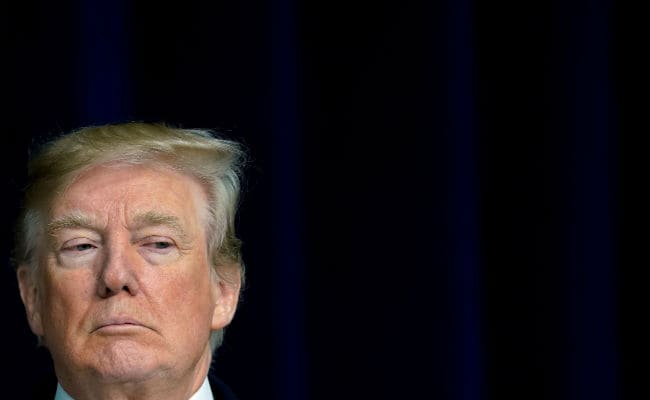 In his inauguration speech, Donald Trump promised to be a unifier following a divisive election. (File)

Since before President Donald Trump was sworn in, many women have attacked him for running on a platform that did not prioritize women's rights.

Those criticisms have only expanded as the number of women seeking elected office has grown, the percentage of women supporting Trump has dropped and the #MeToo movement has continued to grab headlines.

But this does not appear to have swayed Trump much in how he views gender issues in America. Despite Merriam-Webster selecting "feminism" as 2017's word of the year, the president who ran for office attacking political correctness and progressive values rejects the label.

In an interview airing Sunday, Trump unapologetically told British journalist Piers Morgan that he is not a feminist.

Morgan, a former "Celebrity Apprentice" winner, tweeted: "BREAKING NEWS: President Trump has declared he is NOT a feminist."

Morgan's announcement was a bit tongue in cheek, as the president's words weren't breaking news to anyone who has paid attention. Trump has repeatedly criticized the Women's March and other initiatives protesting and critiquing his presidency on the basis that his policies and worldview harm women.

But Trump's answer appears to shed more light on why he rejects feminism.

Author and professor Cheris Kramarae once famously said: "Feminism is the radical notion that women are human beings."

Trump and many of his supporters, however, have reduced feminism to an ideology rooted in hostility toward men.

In telling Morgan that he is not a feminist because he is "for men," the president reinforces the belief prevalent among critics of feminism that to be "for women" means to be "against men."

"It's difficult for me to call myself a feminist in the classic sense because it seems to be very anti-male and it certainly is very pro-abortion, and I'm neither anti-male or pro-abortion. So, there's an individual feminism, if you will, that you make your own choices. ... I look at myself as a product of my choices, not a victim of my circumstances."

As much as some conservative pundits argue that millions of Americans boarded the Trump train because of his economic agenda, a sizable percentage said they were drawn to his cultural message.

In the days after Trump's election, Samantha Styler, a 22-year-old from suburban Phoenix, Arizona, told the Washington Post:

"I am a gay millennial woman and I voted for Donald Trump because I oppose the political correctness movement, which has become a fascist ideology of silence and ignorance."

Millions of women joined Styler in backing Trump in 2016 but his administration's view of feminism is not likely to score any points with the majority of female voters, a group that voted against him.

In fact, recent polls show that even women who voted for Trump are starting to walk away from him. But Trump's steadfast rejection of feminism will continue to endear him to his base -- something he appears deeply mindful of when formulating policies on cultural issues.

The question the Republican Party has to ask itself is: Are these loyal voters enough to ensure that the GOP maintains control in the midterm elections and in the president's re-election bid in 2020?

In his inauguration speech, Trump promised to be a unifier following his enormously divisive election. He told Morgan that he is "for women, for men, for everyone."

Promoted
Listen to the latest songs, only on JioSaavn.com
With the majority of women disapproving of his job performance, it appears that most American women are not for Trump.